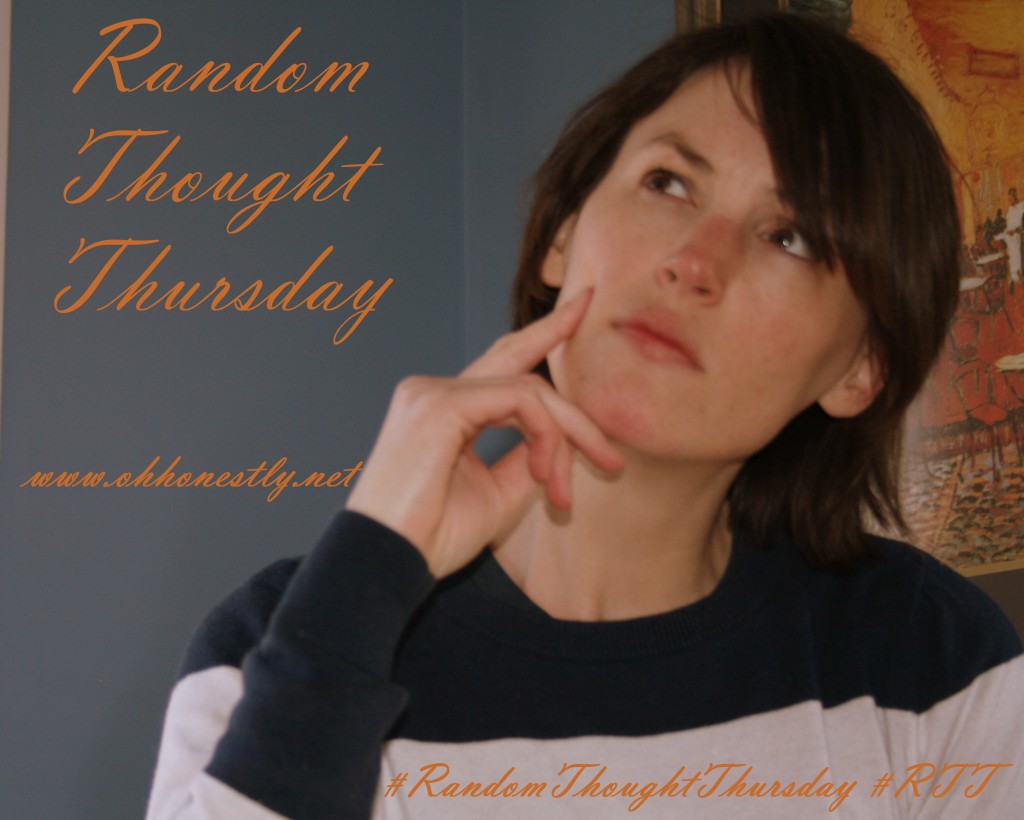 I think I’ve mentioned this before, but everything reminds me of a song. Everything. Say a word and I will think of a song for it. My sister and I actually made it into a game when we were younger. We’d give the other person a word and they had to think of a song that had that word in it.

Anyway, my point is that a lot of my random thoughts are about music. So today I thought it would be fun to devote my Random Thought Thursday to all my musical musings. However, don’t feel obligated to do the same. I really need your random thoughts (about any subject!) so that I can blast them across the social media sphere all day today.

*Unrandom thought: Of course as I wrote this I realized that I had to find out what he looked like, so here’s the video. I think he’s got a little bit of a mousey thing going on. What do you think? Now I’m wondering what he sounds like when he talks. Good song.

Apparently the moral of this week’s Random Thought Thursday is that I need to pay better attention to the lyrics of the songs I listen to.