Before I got married, I was a kindergarten teacher.

At the end of the school year, it was my job to plan the kindergarten graduation. Although it wasn’t on par with a high school graduation, it was no small event either.

The kids all had parts to memorize. We ordered caps and gowns. They marched in to Pomp and Circumstance. I gave out little rolled up diplomas, for goodness sake. 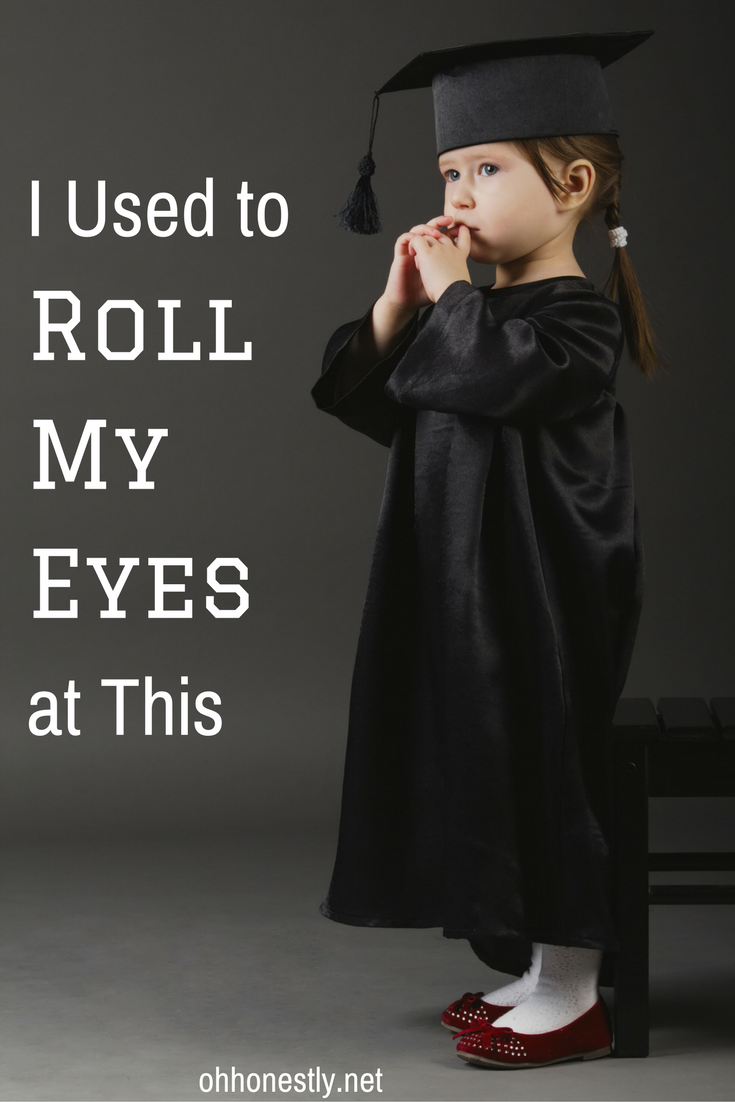 As a young woman without children of her own, and as cute as they looked all dressed up like tiny teenage graduates, I couldn’t help but roll my eyes at it. They were six years old. They had a bazillion years of school still in their future. They were heading to a class one room down the hall in the fall, not off to college five states away.

It was all a little much; a little over the top. So I rolled my eyes at it.

Oh, how many times since I’ve had kids have I had to say those two words?

But then I got married and had kids of my own and before I knew it, the oldest one finished up his first year of school and then the second oldest did the same thing.

And for each of them, we dressed up in our Sunday best, piled into our minivan, and drove to school. While my husband found seats in the auditorium, I brought the graduate to his former classroom and helped him dress in a little white gown with a matching cap and shiny tassel. 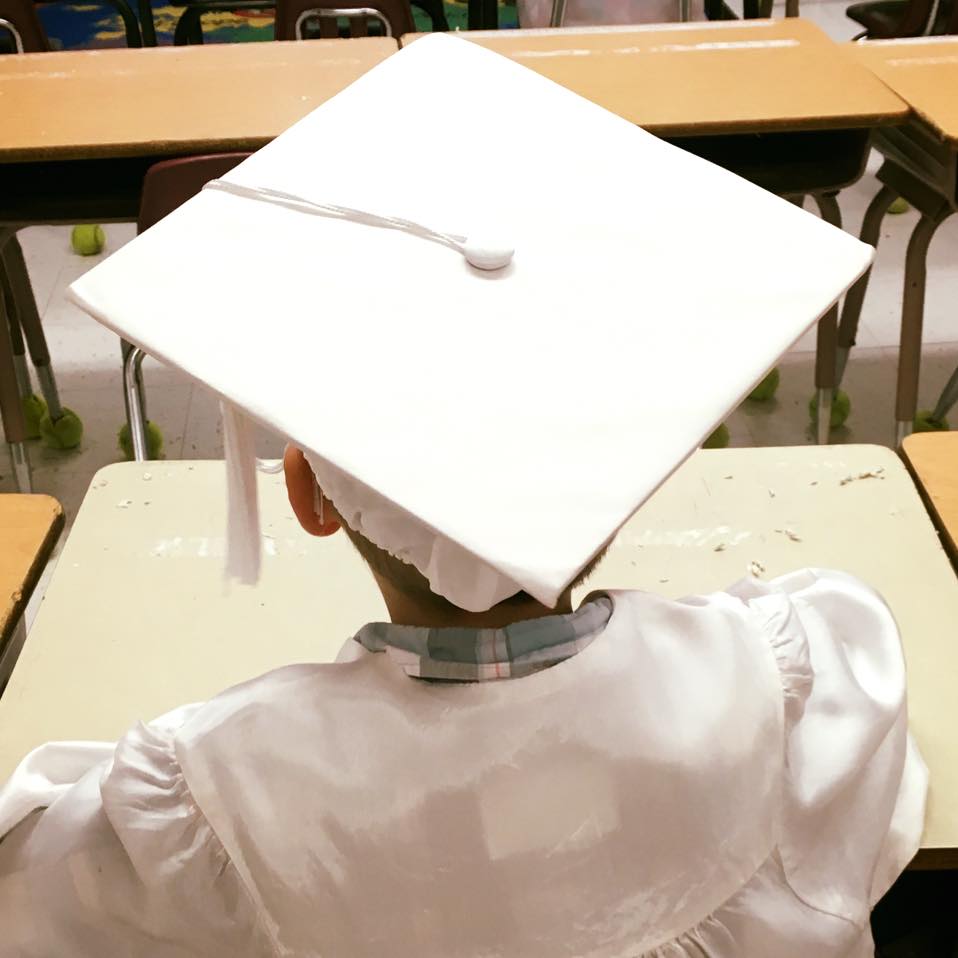 I snapped a few pictures of him by himself and him making goofy faces with his friends before heading off to find the rest of my family. Once I was seated I realized with dismay that a slideshow of the school year was playing on a big screen and I had no tissues.

Soon the kids marched in, looking as adorable as I had ever seen them. Teachers spoke. Songs were sung. Rehearsed lines were recited. Names were called and diplomas were awarded.

It was a bunch of six-year-olds with a bazillion years of school still in their future.

It was a night of acting like these little friends were heading five states away from each other instead of taking a couple of months off before meeting up one classroom over in the fall.

It was completely over the top.

And I also snap pictures like they’re the last I’ll ever take, drip tears like my heart might crack in two, and dread the day next year when I have to go through a kindergarten graduation for the last time with my youngest.

Motherhood is a funny thing. In many ways it changes you into a person completely unlike the one you were before. But in other ways it imparts upon you the ability to feel two different emotions simultaneously.

Never before have I been able to empathize with two opposite points of view like I do now.

I can understand someone’s incredulity at seeing a kid on a leash while also fully relating to the parent who would do anything to keep their child safe.

I think it’s a little ridiculous when a four-year-old still uses a pacifier, but would probably have let my daughter keep her’s for comfort that long if we hadn’t lost them all when she was two.

And I still don’t understand why we feel the need to celebrate the end of kindergarten like the kids are heading off to Harvard, but I’ll also be the one sitting as close to the front as I can, wiping tears away as my six-year-old marches in to Pomp and Circumstance.