A couple of weeks ago, while my parents were visiting, Eli informed my mom, “Annelise is the boss of the house.” I don’t remember the exact circumstances, but she was probably screaming about something in typical Annelise fashion. We laughed about it at the time, but after this week, I’m beginning to think there’s some truth in his words.

In case you don’t recall, Annelise is 20 months old and has a scream that could shatter glass. We’ve tried with limited success to curb this unpleasant habit. I abide by the theory that once she’s more verbal, the screaming will lessen and eventually disappear as she’s finally able to express herself. Unfortunately, in the meantime, I think I’m going deaf. You think I’m joking. I’m not. We used to joke about it. Then I began to notice that in the rare instances when I’m alone and it’s totally quiet, it isn’t totally quiet. There’s a sound in my left ear… not ringing, but muffled almost, like holding a seashell up to your ear or hearing a plane fly overhead way up in the clouds. And when it gets too loud in the house, the muffled noise gets worse.

Luckily for me, I had a doctor’s appointment scheduled this week; the first in several years. So I put my hearing on the list of things to ask about. Eric suggested that my ears probably just needed a good cleaning and I’d be all set. I went in hopeful.

Tuesday, February 4, “Had dr. appt. Referred for a hearing test. My ears are clean, so probably going deaf.”

I don’t tend to be an alarmist, but I have to admit that I am a little worried. Who wants to lose their hearing in their 30’s?? On the other hand, on my list of “Things to Hold Over My Kids’ Heads” this probably ranks up there at Number One. When my kids are grown, I’ll be like Marie Barone. “You don’t want me living across the street? I understand. I don’t want to impose on your busy, happy life. I’ll just move away and probably get run over trying to cross the road someday. You know, since I can’t hear the oncoming traffic.”

Besides the screaming, Annelise was basically just a terror this week. In her defense, she’s had a cold, so she hasn’t been feeling 100 percent, but my word. It’s a good thing she’s cute because at times, that’s her only redeeming quality.

Wednesday, February 5, “Cranky, cranky baby. She has a non-stop runny nose, so I can understand that she doesn’t feel the best, but oh my. The whining. And screaming. And hitting!

Thursday, February 6, “Annelise is like a miniature dictator. What a stubborn little temper she has. I think it’s time we start being a little less lenient with her or we’re going to have a terror on our hands. Her new expression, ‘No way!’ “.

I won’t even go into the ATTITUDE. How can someone who doesn’t even reach my hip have so much of it??

I know I only have myself to blame. I let her get away with a lot because she’s the baby, plain and simple. When an almost two year old is an only child, she seems pretty old. But put her up against an almost six year old and an almost four year old and she suddenly looks a lot like a baby. The thing is, she may be little, but she amazes me with what she knows and what she can do. She’s absolutely smart enough to learn some boundaries.

The good news: When I tell her to go to timeout, she heads right for the chair (see her there through the glass?) 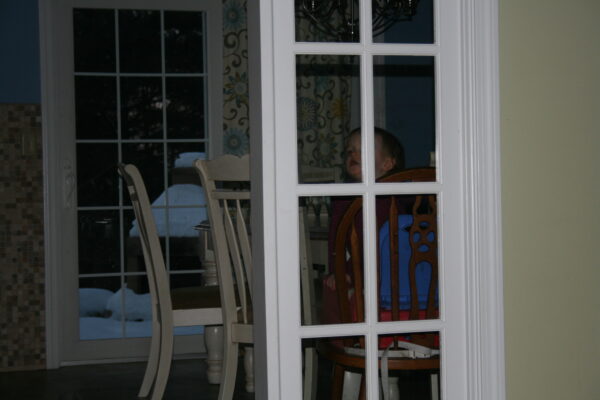 The bad news: She then proceeds to stand on the chair and play with the light switch. Baby steps, right?

More good news: She has more than her fair share of sweet moments, like this one, cuddling her big brother 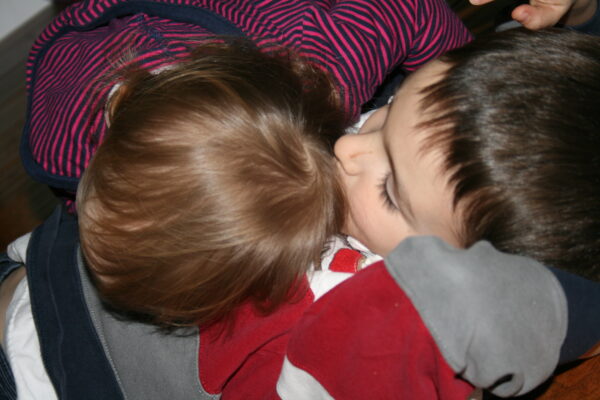 And now, that part of the post where I share a few more pictures of our real, everyday life. Don’t forget to stop by my Facebook page as I’m giving a weekly ‘challenge’ pertaining to each weekly post (don’t worry, none of them are too tough and most only require a moment or two of your time).

See that yellow thing? The little thing in her hair? It’s a Fruit Loop. Not only do I give my kids sugary snacks, but I let them store them for later use. 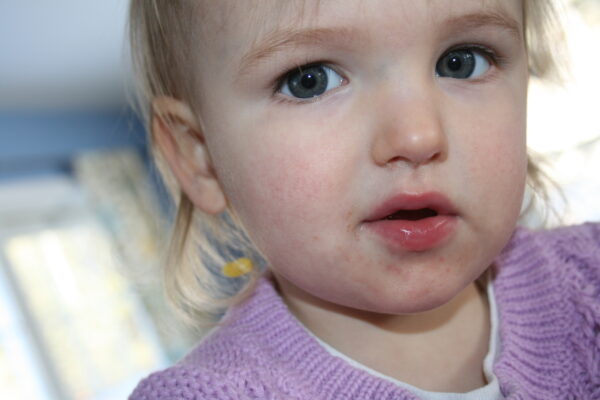 Speaking of storing food away, I found this unidentifiable meat under the hutch when I was sweeping. Gross. 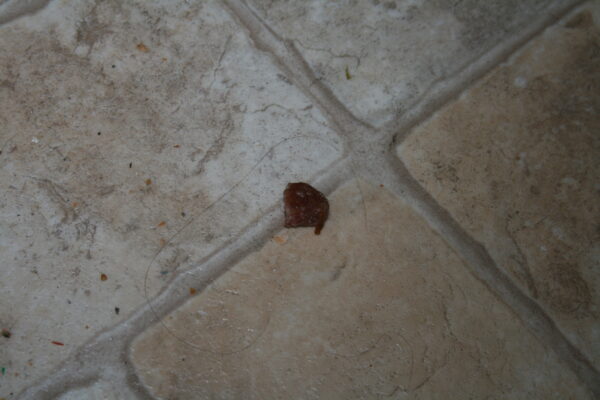 Have a great week, friends, and remember to keep it real!