This will come as no great surprise to those of you who already have children, but it may be shocking to the ones who haven’t yet delved into the wonderful world of parenting. Brace yourselves, future dads and moms because here it is: Sometimes I don’t like my kids.

Thankfully, most of the time I do like my kids. A lot. And the great news is that I always always always love my kids. No one else’s offspring are as wonderful or as adorable or as smart as mine. I know every parent feels that way about their own children, but they’re wrong. Mine are the best.

Except for those times when they’re not. 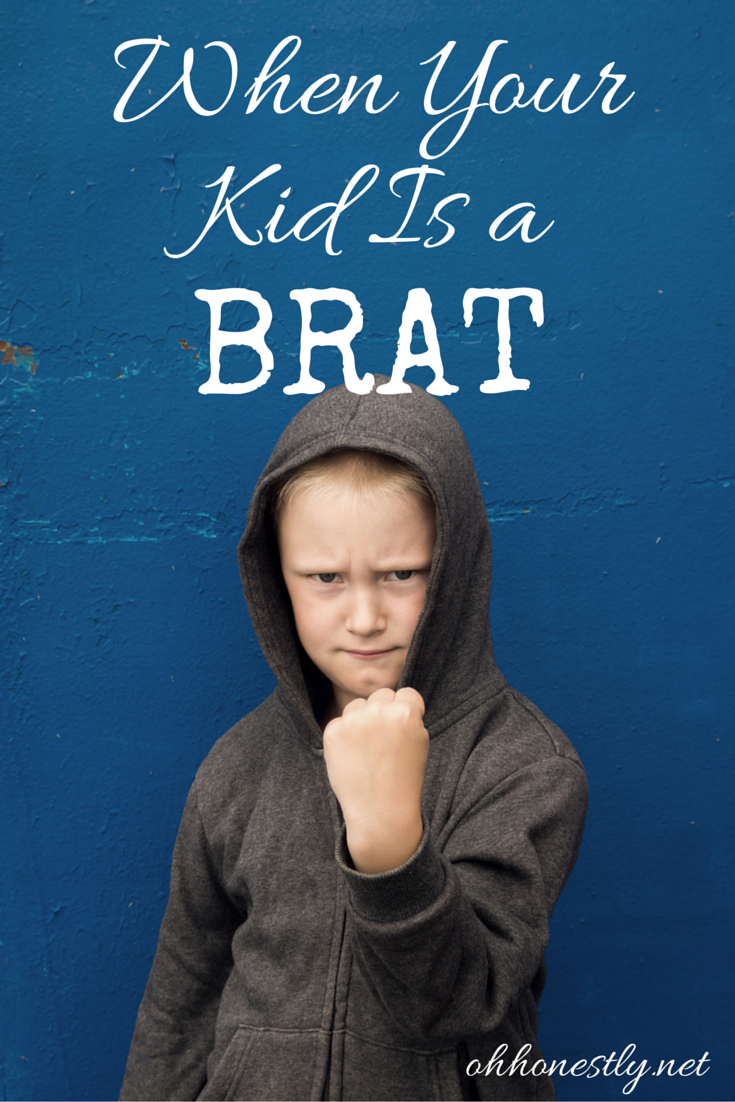 When Your Kid Is a Brat

Take my four year old for example. Eli has many amazing qualities. He is one of the most loving people I have ever come across. He is smart and quick-witted. He’s caring and has such a sensitive heart. He is a leader, which at this young age tends to showcase itself as bossiness rather than leadership, but I know with the right guidance it will develop into a fantastic quality.

Of course not everything about his personality is wonderful. It was one of these not so wonderful characteristics that reared its ugly head last week. The kids were supposed to be having an afternoon rest time (since naps seem to have become a thing of the past… so sad!) and were watching a show on Disney Jr.

Suddenly I heard someone crying. I looked into the living room to see the little girl I watch a couple of days a week with both hands covering her face. When I asked what happened, she said through her tears, “Eli threw something at me.” I turned to the accused, who instantly informed me, “She was bugging me.” Like that’s a valid excuse?! Umm, guilty as charged.

Thankfully my hubby was home, so he took care of the discipline side of things while I checked her for damage. I assumed she was just startled by the flying object until she shifted her hand and I saw blood. Greeaaaaaat. My first thought was, “Oh, the poor thing!”. My second thought was, “My word, my son’s a brat!”. And my third thought was, “How do I explain this to her mom?”

There is absolutely no way to justify his actions, nor am I trying to. Throwing things at people is not an act we condone in our house, especially when the little stinker’s aim has gotten good enough for a direct hit.

But I know my son, and although he has a temper, he also is quick to repent of his bad behavior. As his mother, I am privy to this information while the outside world is not.  And that’s where the problem lies.

I can dislike my children for a moment or two because I know them and I know enough about them to realize that pretty soon I’ll like them again. But there are a bunch of people on the outside looking in who might only see a bad episode or two and decide that that is what my children are made of.

So I try to find a balance between knowing my son did something rotten and wanting others to know that he isn’t rotten.

Thankfully, the mom of the girl I watch is one of the most awesome, laid-back women I know, and she was quick to forgive. Which makes me realize that I am not so awesome or laid-back. I have been quick to judge other people and their kids. Granted, I’ve lightened up considerably since I’ve had kids of my own, but the temptation is still there. I see that bad episode and decide it’s what that kid is made of.

So today I put forth a challenge. Its mostly for myself, but if you find yourself in the boat with me, feel free to grab an oar. Instead of jumping to conclusions when I see that misbehaving kid, I will extend a bit of grace and write it off as a bad moment in an otherwise decent day.

I think we can agree that a little more grace might be just what we all need.