It’s all began when I told the boys they could choose whatever they wanted for a ‘Night Before School Starts’ dinner. I thought they’d choose something kid-friendly, but still dinnerish. You know, pizza, nuggets and fries, something like that.

Instead, Eli wanted a grilled cheese and Samuel asked for something shaped like a golf club. Huh? 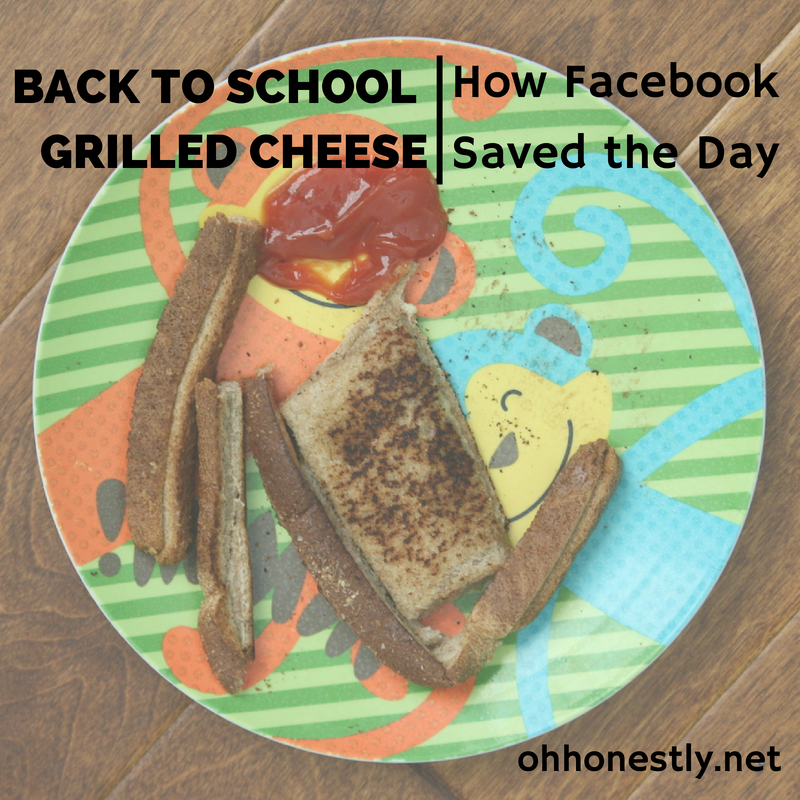 “Come on guys,” said Mom the killjoy, “I meant something dinner-y. How about pizza?”

“Wellll, okay I guess,” said the ever compliant Eli.

So I made pizza 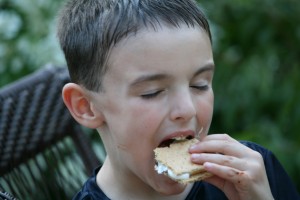 and everyone willingly ate it, without as much as a word of protest. We had s’mores for dessert, played a bit, then got the kids showered and in their PJs. Then we tucked them in nice and early so they could get a good night sleep before their big day.

Eli asked to stay up to watch an inning of the Red Sox game. “Just one inning! Please?!”

“Sorry buddy, you have school tomorrow and need to get to sleep.”

That’s when he decided to play his guilt card. “You said we could choose anything we wanted for dinner. Anything! Then I chose grilled cheese and you said no. So I should get some other special thing.”

“You’re not getting up to watch the game.”

I’d like to say that was the end of the argument, but my son is persistent. I came downstairs, did the dishes, got some work done on the blog, and the entire time Eli was yelling down to me about the unfairness of it all. Finally I went back upstairs and informed him in no uncertain terms that he was not getting up and he needed to go to sleep because he had school the next morning.

“I’m not going to school tomorrow. I made myself a sign so I wouldn’t forget in the morning. And I’m not going all week.”

Posted by Oh, Honestly by Lauren Cormier on Monday, August 25, 2014

I climbed the stairs again and asked Eli if he would like to have a grilled cheese for breakfast. His first comment was, “You’ll probably say it’s not breakfast-y enough.” Touche, kid, touche. But when he realized I was serious, he agreed to that solution and finally went to sleep, appeased at last.

Thanks to Christine's brilliant idea, I offered to make him a grilled cheese for his 'First Day of School Breakfast'. He has agreed and all seems forgiven. Thank you, Christine, for saving our morning.

Posted by Oh, Honestly by Lauren Cormier on Monday, August 25, 2014

I was up early this morning to pack school bags, get the kids dressed, take First Day of School pictures, and of course, make the Breakfast Grilled Cheese.

So thank you, Christine! You saved our morning from grumpiness, headaches, and really bad First Day of School pictures. And you gave us a new tradition: The Back to School Grilled Cheese Breakfast. Who wouldn’t love that? 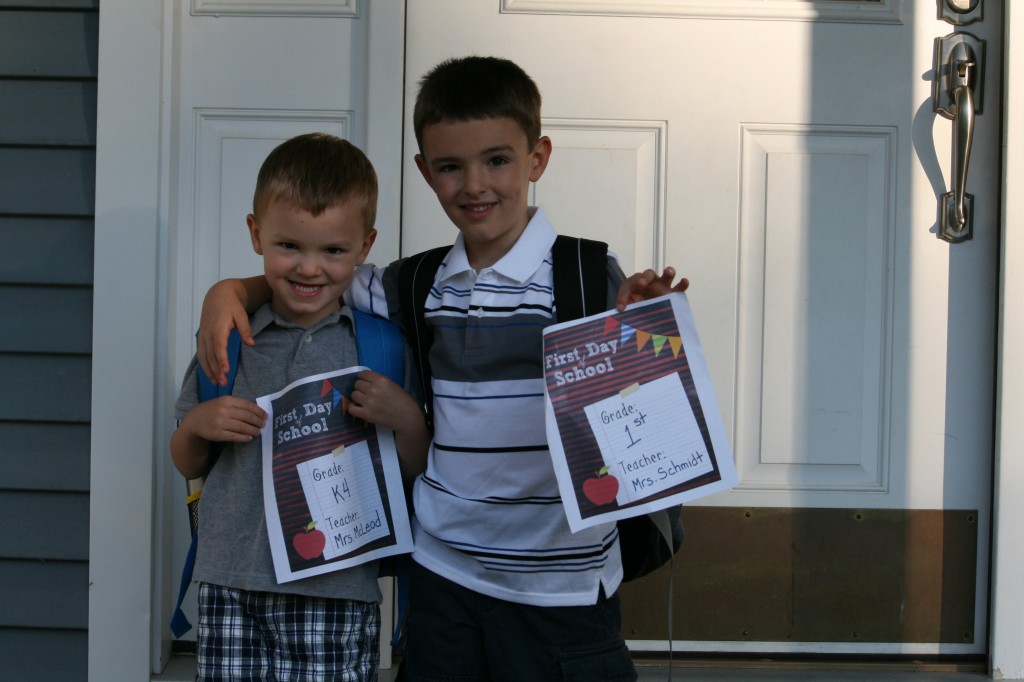