Every summer it’s the same thing. I start the season out with great intentions and end it wondering how it could be over already. Instead of enjoying the days, I usually end up feeling guilty about one thing or another because apparently, as a mother, guilt is my lot in life.

With the summer quickly approaching, I’m vowing right now to make it different this year. 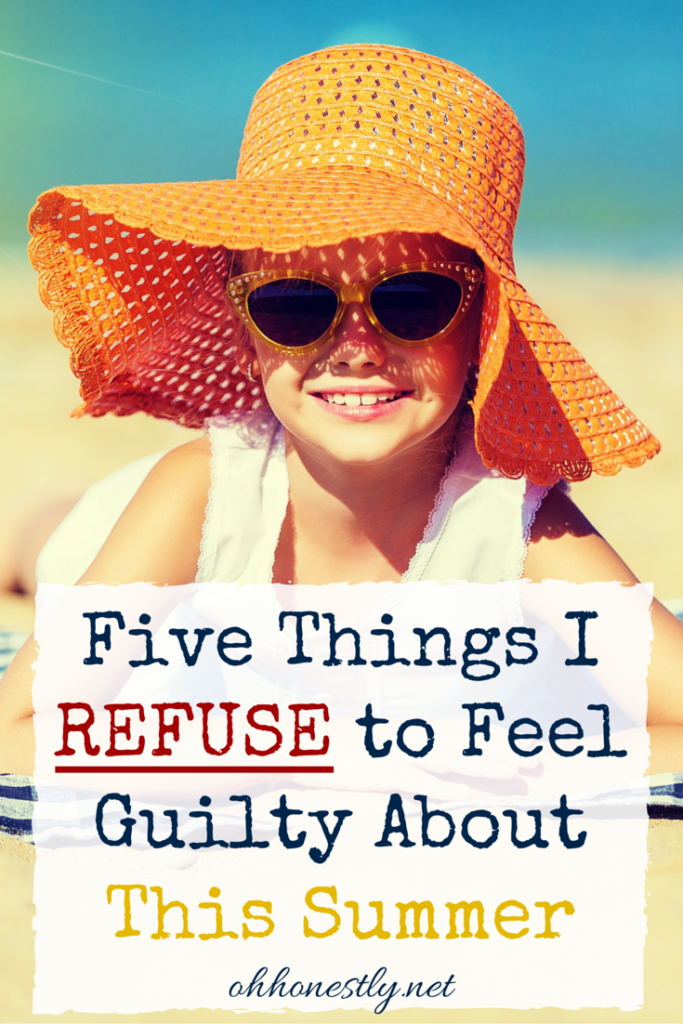 Actually, that’s probably a bit too lofty. I like my goals to be attainable, so how about this instead? I refuse to feel guilty about these five things:

1. If the kids go to bed with dirty feet every now and then

Our kids don’t get showers every night. Two to three times a week seems to keep them pretty clean… until summer rolls around. Then they’re slathered in sunscreen, sweating in the sun, sticky with watermelon juice, and scampering around the yard without shoes.

When bedtime rolls around, they’re pretty dirty and, even if their bodies have stayed relatively clean throughout the day, their bare feet are practically black. So we step up the showering game each summer, but inevitably there are late nights or cranky nights or forgetful nights when bathing just doesn’t happen.

This summer I refuse to feel guilty on the nights that my kids go to bed with dirty feet. It means they played hard outside. It means they had fun. It means they were kids. No one has died from dirty feet (well, at least no one in suburbia who’s up-to-date on his tetanus shots).

The shower will still be there in the morning.

2. Eating too much ice cream

Every mother feels guilt over her children’s diet at one point or another. My kids probably eat too many crackers and they only like a few vegetables, but they also don’t eat much junk food and they love fresh fruit.

This summer I’ll say ‘yes’ more often than ‘no’ when the kids ask to stop at the local ice cream stand. Instead of feeling guilty about the sugar, I’ll enjoy the laughter and memories we make as we gobble down our favorite flavors. And if I’m feeling especially good-willed, I might even let them buy something from the overpriced ice cream truck as it passes by our house playing its ridiculously annoying song. You’re only a kid once, right?

3. Not going outside enough

Summers in Maine are glorious, but they last about as long as a toddler’s attention span, so there’s a constant, silent pressure to make the most of every minute before the deep freeze sets in again. Inevitably, there are days when I have things to get done inside and we don’t get out for long, or even at all. These days riddle me with guilt.

This summer, I refuse to feel that guilt when we don’t go outside. The fact of the matter is that even if the weather is nice, laundry still needs to be washed, the house still needs to be cleaned, and bills still need to be paid. As much as I can try to do it in little spurts, sometimes it all catches up with me and I really can’t put it off any longer.

4. Not getting all the housework done

As a direct counterpoint to #3, there are also the days when we do go outside, despite my towering to-do list. On those days, I end up feeling guilty that the house is a disaster and I still have a ton to do.

This summer I’ll go easier on myself. Unless we have company coming or are living in filth, I can let some days of messiness slide. Besides, the kids are old enough now that I can employ their help on things. Maybe the first chore I’ll assign is to wash the floors that have become blackened by their unwashed feet.

Yes, we’re one of those families who make a summer bucket list. It’s nothing fancy though. Usually I write it on a napkin and stick it on the fridge. It has things like “Blow bubbles” and “Make s’mores” on it, along with a few bigger ones like “Go to the beach”, “Go to an outdoor concert”, and (my favorite from last year because it was a totally random one from my four year old) “Go to Georgia”.

Usually about a week before school starts, I rip that bucket list off the refrigerator and hold an emergency family meeting. “You guys! We still have eight things on our list! Quick, get dressed, eat breakfast, and we’ll start. I think we can knock out three or four of these today if we hurry!”

This summer I refuse to feel guilty if we don’t cross everything off our bucket list. The point of the bucket list is to have fun doing the things we wrote down. I’m pretty sure rushing through them just to get them done misses the point. Maybe we’ll only make it through half of them, but if we enjoy ourselves while we’re doing them, I think we’ll have succeeded.

So there you have it. I’m lowering my standards this summer and I think my whole family will be happier for it. What will you refuse to feel guilty about this summer? Let’s talk about it on Facebook! 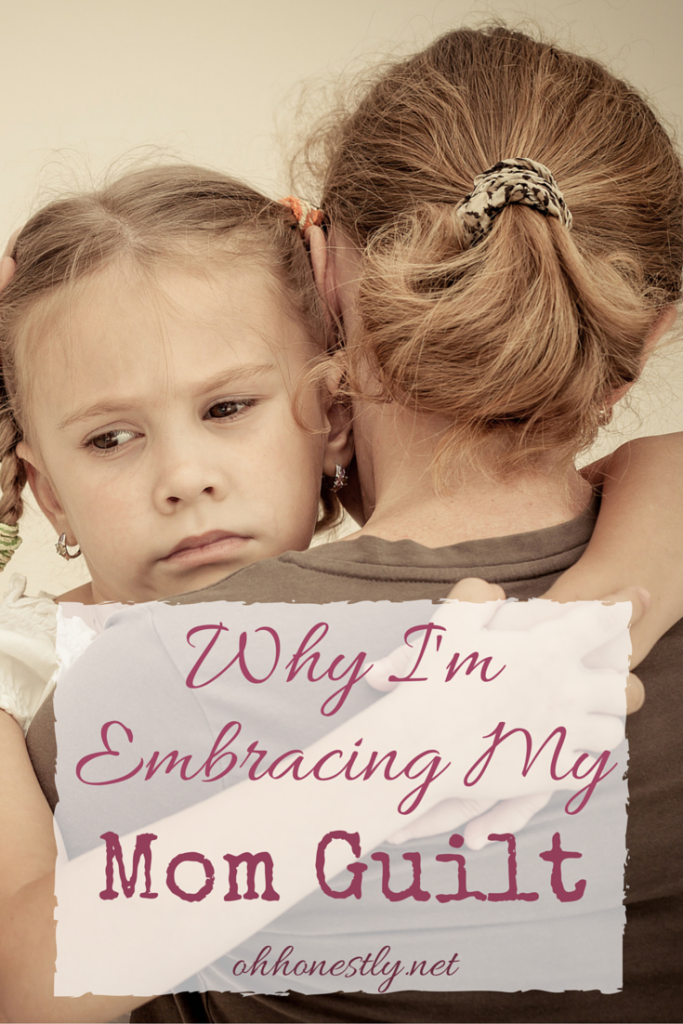