I sit on a plush, padded seat watching the sea of children at the front of the auditorium move like waves to the loud, upbeat music. They are having a blast. Dancing, bouncing, trying to copy the arm motions of the people on stage. 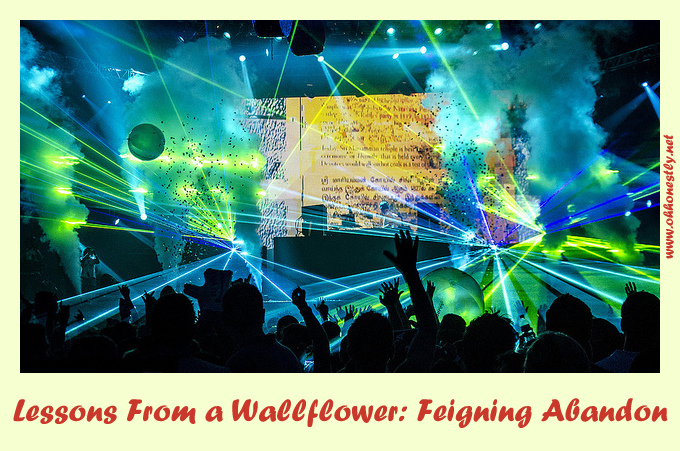 Photo by Gerardo Lazzari via www.imcreator.com/free

I shift my eyes toward the back of the group, right in front of me, to four teenage volunteers. They are just as involved as the kids, spinning, clapping, singing along, enjoying every second, and clearly devoid of the teenage angst we assume comes standard with this age.

My gaze drifts forward again and my eyes come to rest on another teenager, this one up on stage. While everyone else easily moves to the music, genuine smiles lighting up their faces, she looks awkward and uneasy. Someone in the sound booth must be reminding her to smile because she glances out in that direction, then pastes on a fake grin, only to have it disappear seconds later.

Instead of my eyes, this time my mind drifts back, and I am that girl. At school dances, feeling so out of place during all those fast songs. Doing an easy routine for a kids’ event much like this one, but twenty times more subdued than every other person on stage. In a thousand other similar situations, so self-conscious, with only this wish: to have fun, without caring if everyone else thinks I look foolish.

I’m back in my padded chair, realizing that no one, not the little kids dancing their hearts out, not the teenage volunteers casting off their inhibitions, not even the grown adults kicking their legs and waving their arms, none of them, look foolish. The only one who is out of place is that girl up there. The me from fifteen years ago. And perhaps the boy I call son ten years from now.

I’ve noticed the changes taking place in him over the past year. His budding aversion to being in the spotlight. His expanding unwillingness to join his siblings in impromptu dance parties. His maturing awareness of social norms. His growing self-consciousness.

I don’t know how much of our personality is moldable and how much is set in stone, but as I watch the crowd, I dismiss my old wish and make a new promise; one that, honestly, I’m not sure I can keep. As often as possible, when I am with my son, I will throw caution to the wind and have fun whether I look and feel foolish or not. I will dance with feigned abandon, even while inside I shrivel with embarrassment. I will demonstrate to my son the kind of person I always wished I was and the person I hope he will become. Not because I want to change him, but because I want him to know what it feels like to dance with true abandon.