November is over and so is NaNoWriMo. In case you missed my post at the beginning of November, I made a very last minute decision to participate in National Novel Writing Month. The goal was to write 50,000 words in the thirty days of November.

I was under no illusion that I would actually complete the task. 50k in 30 days is a big goal in a short time, and November is a busy month. However, here I am on December 1st with over 50,000 words of my novel written. I honestly never dreamed that I would do it and I am thrilled that I did. 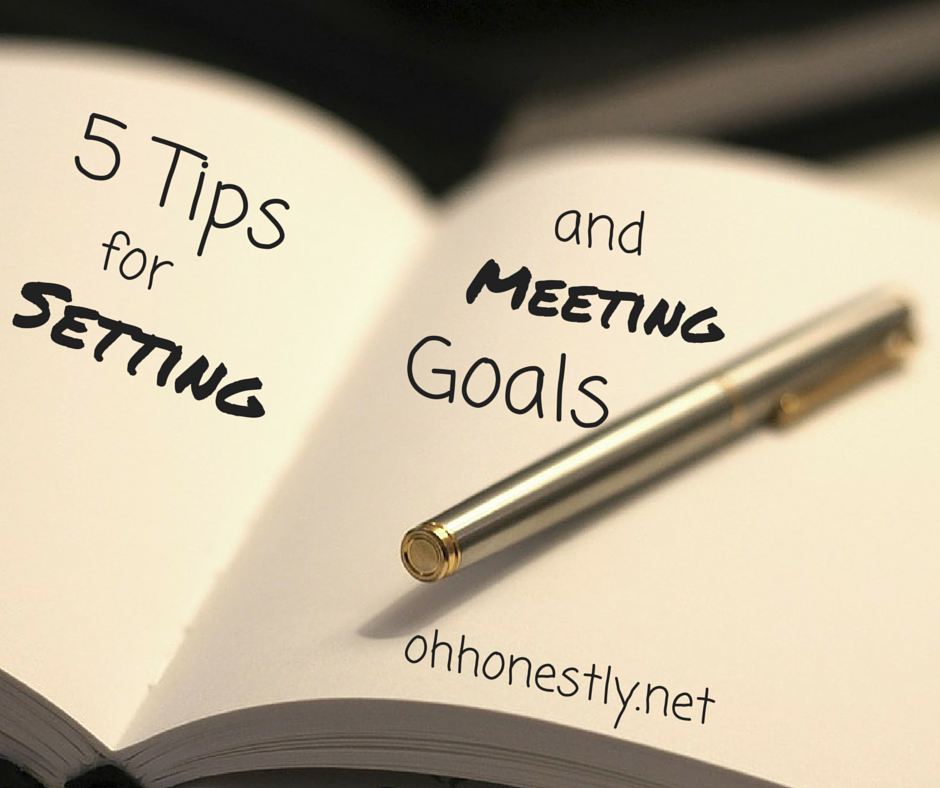 This process taught me a lot; both about myself and about setting and meeting goals. So in case you find yourself with a big goal to meet, I’m passing along what I learned in hopes that it will help you.

1. Your goals should be ambitious and attainable

Your goal shouldn’t be so small that it’s easy or so big that it’s impossible. Stretch yourself beyond what you think you’re capable of, but not so far that you’re ready to give up before you start.

2. You need a support system

I saw the posts about NaNoWriMo and thought, “Ooh, I should try that.”, but it was late in October, I’d done no planning for it, and it seemed crazy. So when a few people said they were doing it, I chatted with them and they told me to add them on the NaNoWriMo website as Writing Buddies. We would support each other throughout the process.

Knowing that hundreds of thousands of other people were working towards the same goal was very motivating, but I really credit my writing buddies, especially Jennifer from The Deliberate Mom, with helping me achieve my goal. She and I would check in to see how the other was doing and offer words of encouragement. I’ll also admit that my competitive nature was egged on when I’d learn that her word count was higher than mine 😉

Of course, having a support system at home was important too. If my hubby hadn’t been willing to go solo with the kids a few afternoons so that I could hide in a coffee shop and get some writing done, I probably would have fallen behind. And it was kind of nice to overhear him bragging to his parents about what I was doing.

Find people who are willing to complete your goal with you or be there to cheer you on and keep you accountable. It makes a big difference.

When I looked at the number 50,000, it was completely overwhelming. How in the world would I ever get even slightly close to that? Thankfully, the NaNoWriMo team was constantly sending pep talks and updates reminding us that to complete the goal, we had to write 1667 words per day. It was still ambitious, especially when I had a bunch of other things to get done, but at least it was a number I could wrap my head around.

Similarly, my ultimate goal is to publish a book. Considering all the steps in that process (writing, editing, rewriting, editing some more, finding an agent, getting a publisher, possibly failing at those steps and choosing to self-publish instead, creating a cover, formatting, blah blah blah blah), it takes years. Instead of focusing on the big picture, I chose a small goal, the first draft, and I chose a small time frame, thirty days. Now I can cross that off my list and move onto the next step.

Whatever your goal might be, break it into smaller chunks. Figure out what small thing you need to do each day to complete it and then do it!

As I just mentioned, in order to complete my goal I had to write 1667 words per day. Since I was revved up and excited to begin, I started off strong, easily writing more words than I needed to for the first few days. Seeing my word count above what it had to be was very motivating. I remember looking at my total several days into the month and for the first time thinking, “I might actually be able to do this.” Once I had that mindset, my motivation became even stronger.

Conversely, if I didn’t have a strong start, either staying below or on par with the daily word count, I would have gotten discouraged right away and probably given up by the end of the first week.

Trying to regain lost ground is a lot harder than maintaining the ample ground you’ve already covered. Start off with a bang and you’ll find the motivation to continue.

This is the first time I’ve attempted to write a novel. Right now, it’s complete crap. It’s not finished, much of the writing is completely awful, and I’ll be editing for months before I’m even willing to let someone else lay eyes on it. I had moments when the words flowed out of my fingers and I had moments when I sat in front of a blank screen, completely clueless.

The closest I came to giving up was when I’d written about a thousand words and my computer acted up. I thought I’d lost all of them. The idea of rewriting all of it was repugnant, so I walked away. I played with the kids, ignored my annoyance, and then, out of the blue, I realized how to recover the lost work. Sure enough, when I went back to it, the missing scene was there and I was refreshed and ready to get back to it.

Setbacks will happen. If you need to take a break, go ahead, but don’t let the break turn into the end.

I’m so thankful I decided to do NaNoWriMo. Successfully completing it has made me realize that I’m capable of a lot more than I thought. As we quickly approach the start of a new year, I feel more motivated than ever to set ambitious, achievable goals and I hope you do too! Choose one thing you’ve been needing or wanting to do, figure out the steps you need to get there, and go for it! You are capable of much more than you think!