There has always been a lot of consternation over teens having babies. The problem is discussed and possible solutions are brainstormed, but still, the problem persists. I would like to humbly submit a solution to not just decrease the teen pregnancy rate, but eradicate it. Bold statement? Perhaps, but hear me out. 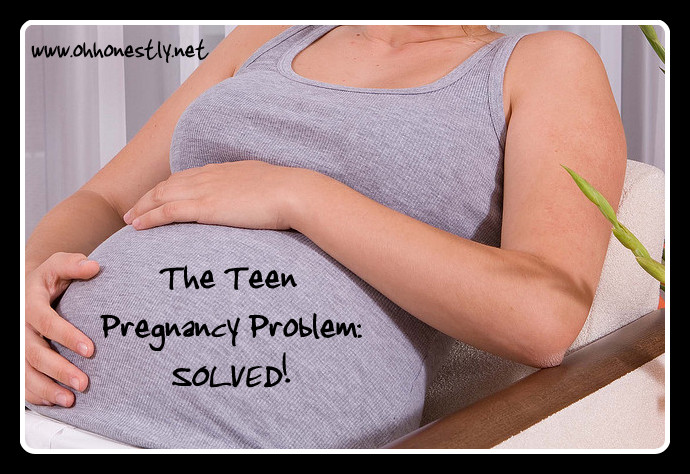 Send teens into a delivery room. Teen girl sees a woman in horrible pain, pushing a bowling ball-sized head out of her nether region. She won’t let a boy even look at her for years. Teen boy is placed in a strategic position where his hand will be crushed by the woman giving birth while simultaneously giving him a full view of ‘the show’. He won’t even want to look at a girl for years. Problem solved.

If for some reason that doesn’t work (although I’m not sure why it wouldn’t), try

Teens are sent on an errand-running expedition: the bank, the post office, the grocery store. They must do this assignment by themselves and with the following caveats:

I could go on, but this list is probably sufficient to get the job done. Now we just need some parents willing to volunteer their children for the greater good. Feel free to sign up in the comments below.