New to the Keeping It Real Challenge? Click here to learn what it’s all about.

I’ve signed up for something and I think I might be crazy for attempting it.

What is it, you ask.

Waiting for the collective gasp of disbelief….

I’d never heard of it either, until a few years ago when one of my Facebook friends participated. 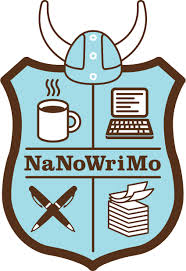 NaNoWriMo stands for National Novel Writing Month. If you sign up, your goal is to write a novel in a month or more specifically, to get 50,000 words of your novel written (that’s about the length of the Great Gatsby).

Several months ago I got an idea for a work of fiction. I jotted down some notes, formed some characters in my head, but then life got in the way, and it went on the back burner. So when people in some of my writing communities started talking about NaNo, I thought, “Ooh, that would be great, but totally unrealistic.”

Look, I have a hard enough time keeping on top of the stuff I do now. It’s mostly a case of bad time management, not that I have too much to do, but still. Adding to my list doesn’t sound like a great idea.

On the other hand, I often get the most done when I’m under the gun. Reporter coming over in 15 minutes to interview me and the house is a disaster? No problem. I can run around like a chicken with my head cut off and get the place cleaned up before she arrives.

In the week since I seriously started considering this, I’ve gotten several blog posts done ahead of time. I figure if I can have most of my November blog schedule planned out and done beforehand, I can use the time I’d usually be blogging to write a book instead.

It has been my dream since I was a little girl to write a book. This is a step in the right direction. If you want to cheer me on and keep me accountable, that would be great. I’ll happily share my on-going word count with you, even if it only climbs by four words a day.

And guess what? I got up early this morning because I wanted to start off with a bang and I now have 1835 words written. Now it’s just a matter of keeping up my momentum!

What’s one of the craziest goals you’ve ever set? Did you meet it?

Eric and I checked on the boys before we headed to bed and found them like this. MELT MY HEART. 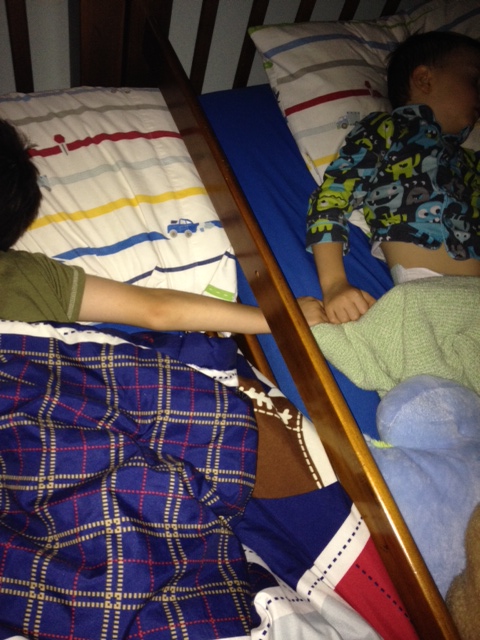 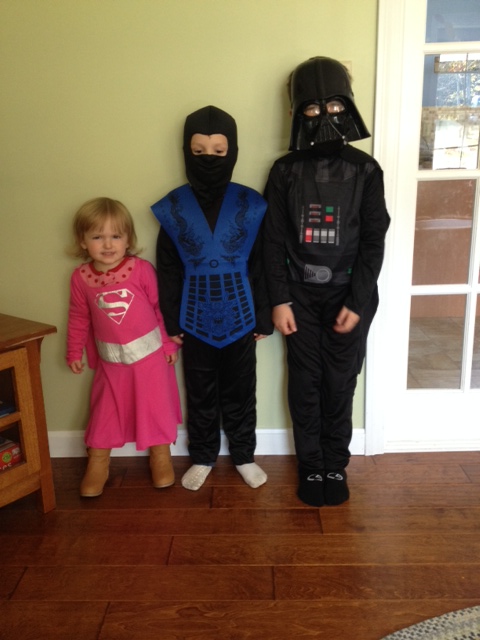 The other day, I was getting the boys ready for school, glanced out the window, and the world was pink. I went outside to see the most beautiful sunrise. If only those wires weren’t in the way! 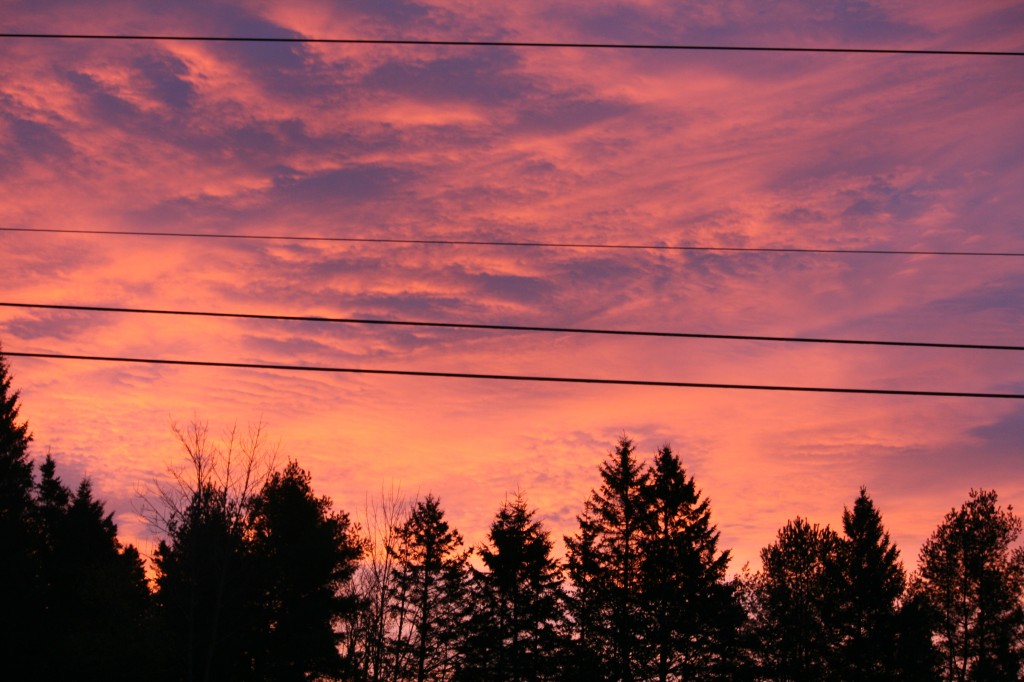 Have a great week and remember to keep it real.