Last week’s update was all about the embarrassing things that happen once you become a parent. Guess what this week is about? Yeah. The same. exact. thing. Here’s how it went down:

On Monday I guest blogged at Robin’s Outdoors describing how we recently bought our boys their lifetime hunting and fishing licenses. 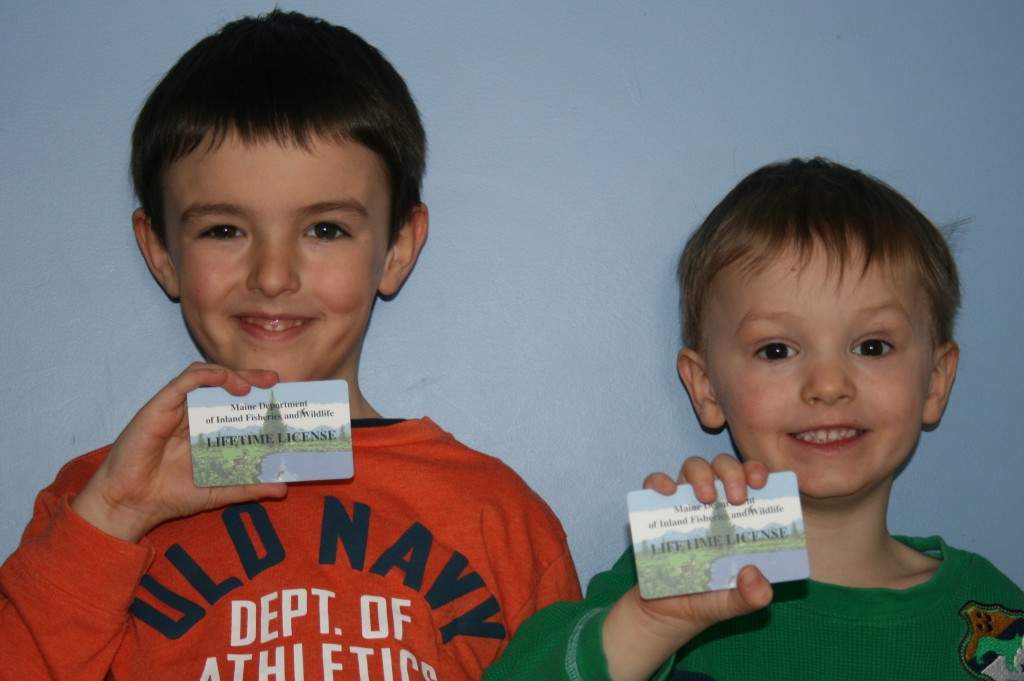 Tuesday was a morning where all five of us had to be out of the house by 7:45, so I rushed around getting the kids dressed and fed and didn’t worry too much about cleaning up behind us. (Side note: It constantly amazes me how quickly our house can go from tidy to destroyed. I get things cleaned up each night when the kids are in bed, yet in the hour that we were downstairs on Tuesday morning we totally trashed the kitchen and living room.)

When I returned home around lunchtime I had a message waiting for me from a local reporter. She had seen my guest post, was doing a story about lifetime licenses, and wanted to talk to me. I called her back and she asked if I had half an hour or so to chat.

“Sure. On the phone?” I naively asked.

I looked around my house in dismay. 15 minutes?? The mad dash began. Remember that update when I talked about being a house cleaning hypocrite? Well, that was in full force again. Yes, I can tell you over and over again how my house is a big mess, but if someone is going to come over, especially with a video camera, then I’m going to work like crazy to get it as ship-shape as I can. I was literally running from place to place. Snatching three sets of PJs off the living room floor. Dashing to the washing machine to throw them in. Tossing dirty dishes into the dish washer with abandon. Scrubbing counter tops with enough speed and force to start a fire. Vacuuming floors as though my life depended on it.

In the midst of all this I considered the fact that I would more than likely be filmed, so I should probably make sure that I didn’t have any food caught in my teeth or have that piece of hair that never wants to behave sticking straight up. Samuel, in the meantime, realized that if he stayed downstairs he was going to be harped on (‘Put those toys away! Don’t take out the memory cards! Grab a dust cloth!’) so he retreated to the safety of his bedroom.

The reporter showed up and went about setting up her equipment at the kitchen table, all the while chatting pleasantly and asking questions about the licenses. I answered easily until she had me miked up, at which point I became a stuttering mess, forming incomplete sentences full of long, awkward pauses.

After a few minutes of this Samuel decided to come back downstairs to see what was happening. Now let me preface this part of the story: Every time Eric has talked with the boys about hunting, Samuel has shown very little interest. This fall will be the first year that he’s old enough to go on the guys’ annual bird hunting trip, but each time it’s mentioned, he says he doesn’t want to go (his last excuse was that he was scared of the ticks).

However, on Tuesday a cute girl with a video camera was at our house asking him questions about hunting, and, lo and behold, he suddenly had a lot to say on the subject. Unfortunately, a lot of what he had to say was completely non-factual. Like when he told her that the way you duck hunt is to throw a fishing line in the air and lasso it around the duck’s bill. Or when he replied to her question about whether Annelise would someday hunt with them by saying that hunting is only for boys. (Okay, that answer wasn’t much of a surprise because most three year old boys have pretty set rules about what boys and girls can and can’t do).

And then there was the part that actually made it onto the news. The part where he proudly explained how to bird hunt. “When you shoot the birds, you shoot them out the window of your truck.” For those of you who don’t know much about hunting, let me clue you in. Shooting out your truck window (or from anywhere in your truck, for that matter) is a no-no. As in, it’s not legal. I immediately started getting messages from my friends and family who saw the clip. Most of them were along the lines of, “I’m dying laughing! Who taught Samuel how to hunt?? He’s going to get someone arrested!”

So when October rolls around, we’ll see if he’s still hesitant to go on the bird hunting trip. One thing is for sure: If he does go, he’ll be pretty disappointed when he discovers there aren’t any lassos. 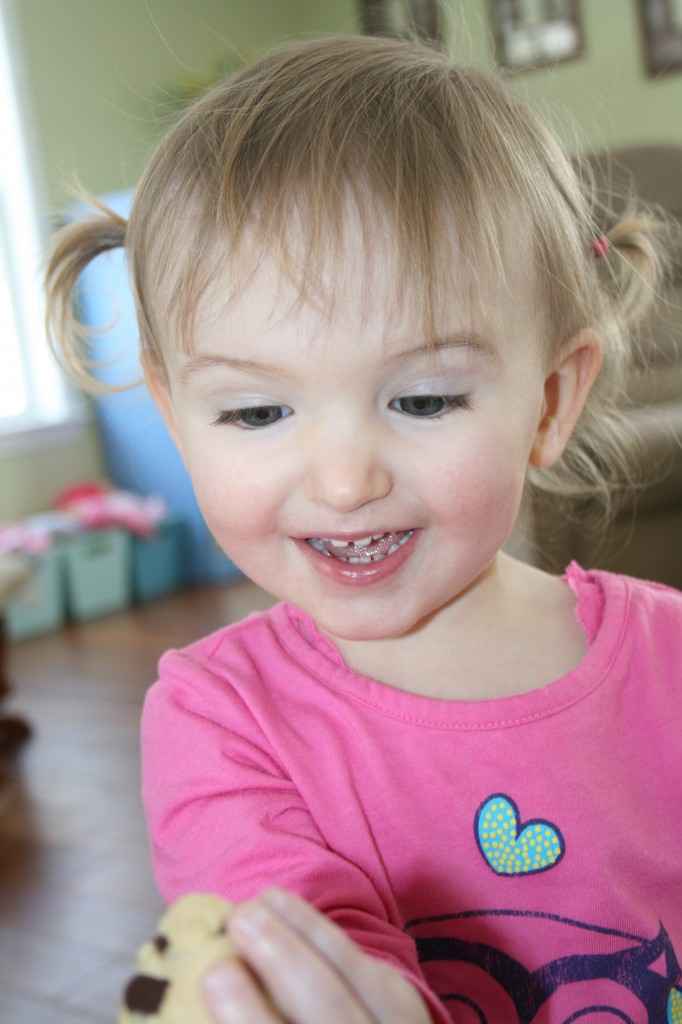 She saw I was making cookies and grabbed a big ball of dough off the sheet. I wouldn’t let her eat it, but clearly she has my snacking tendencies. 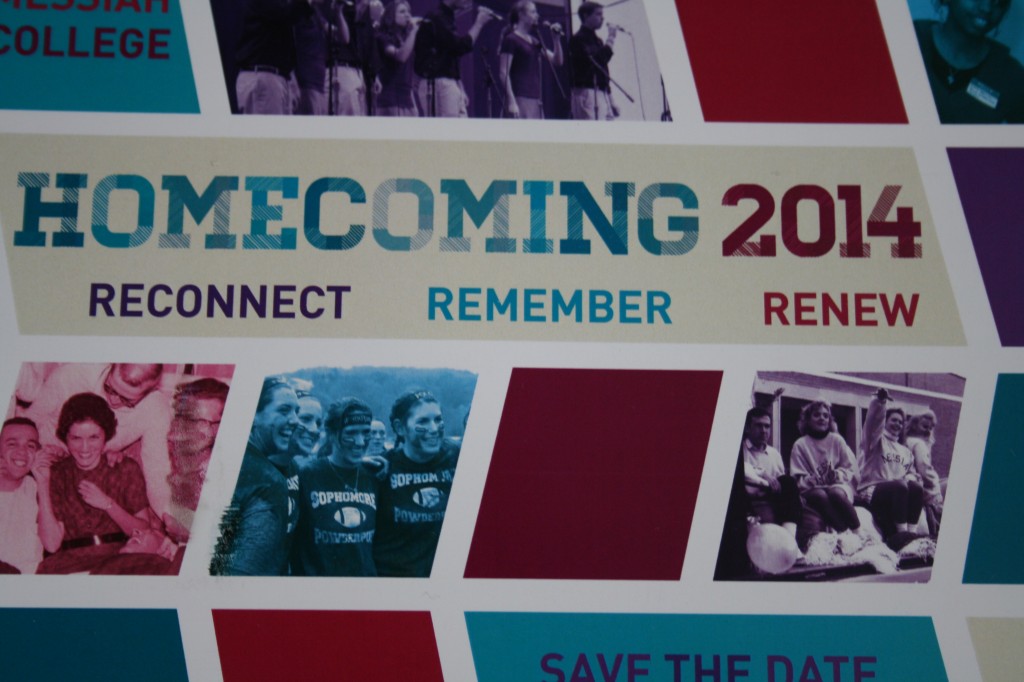 I got this in the mail this week. How in the world has it already been ten years since I graduated from college?? 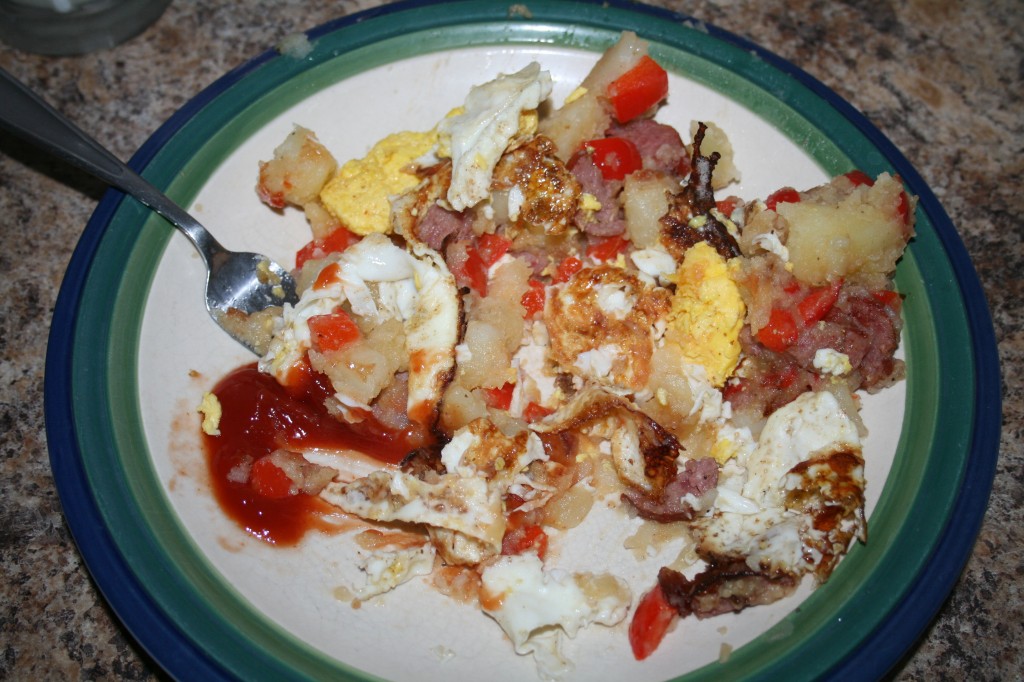 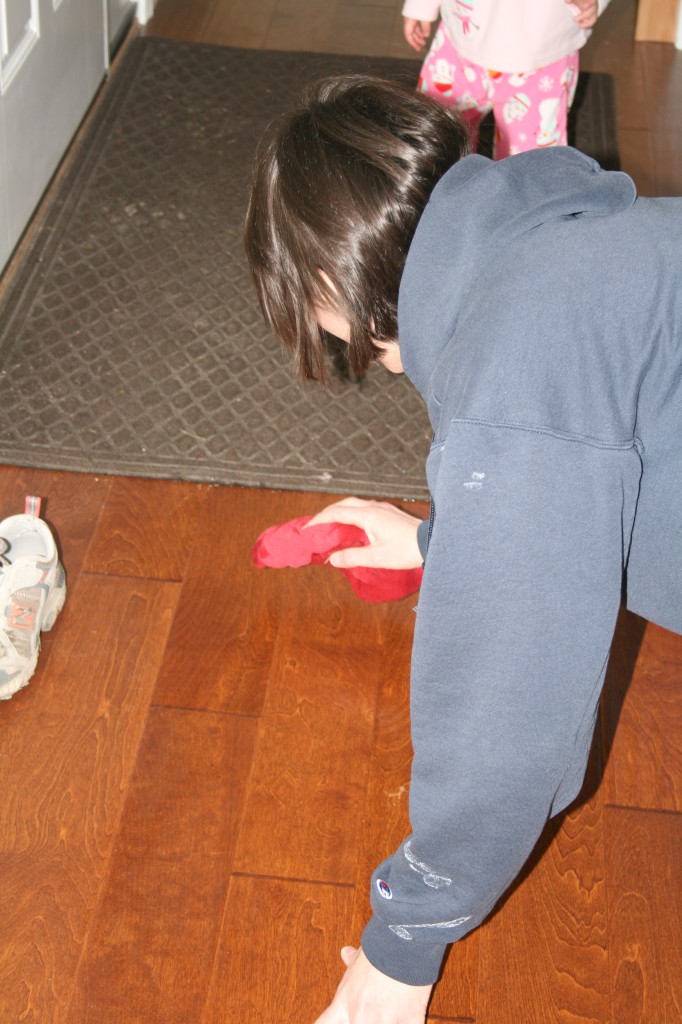 I don’t know about you, but my favorite thing to do at 7 am on Saturday morning is clean up an entire spilled cup of orange juice.