Mom guilt. Before I had kids, it was just a phrase to roll my eyes at. After I had kids, it became a living entity with the ability to eat me alive if I wasn’t careful.

Why I’m Embracing My Mom Guilt

Before I had kids, I’d feel guilty about something every once in a while. Since I’ve had kids I haven’t stopped feeling guilty…

I didn’t spend enough time playing with the kids.

I didn’t get the house clean because I was playing with the kids.

I cleaned the house and now I won’t let the kids play because they’ll mess it up.

I didn’t bring them outside to play and it’s beautiful out.

I brought them outside to play and now they have bug bites.

I read with my oldest much more often than I read with the younger two.

I let them eat candy.

I don’t let them eat candy.

I hide candy from them so I can eat it. (Okay, I don’t actually feel guilty about this one; I feel like an evil mastermind.)

I don’t plan educational activities for the kids to do on a daily basis.

Who am I kidding? I don’t plan educational activities for the kids to do ever.

My pregnancy diet is probably to blame for my middle child’s food allergies.

I let them watch too much TV.

Sometimes I use the TV as a babysitter.

I went shopping without them, even though they were crying at the door to come with me.

I should be happy all the time because I get to stay home with my kids and other moms would kill to be in my situation.

I yell too much.

Anything can turn into a reason to feel guilty.

End the mommy guilt, most people would say, it’s certainly not helpful or productive. But the problem is, getting rid of guilt as a mother is next to impossible. So, instead, I’m going to embrace it.

The way I see it, if I never experience mommy guilt, one of two things has occurred:

1. I’ve attained perfection (and I know that’s not the case!)
2. I’ve stopped caring (and I pray that’s not ever the case!)

So instead I’m choosing to embrace the guilt because doing so allows me to do two things:

1. To accept that I’m not perfect

Oh, I try to be. Or I at least try to give the impression that I am. But I’m not. And when I accept that I’m not, I can get on with the important business of loving my kids as an imperfect mom. Which means I can teach them at an early age not to expect perfection from imperfect people, including themselves. And I can model for them how to make amends when that imperfection leads to hurt, as it inevitably will.

2. To realize that I care

If I didn’t care, I would have nothing to feel guilty about. The fact that I foolishly feel guilt over anything and everything proves that I really want to do what’s best for my kids. That realization alone allows me to breathe a big sigh of relief.

So the next time mommy guilt creeps up behind me, ready to take a bite, I’m going to turn around to face it. I’ll give it a hug and thank it for reminding me just how much I love my kids. I’ll promise to do one thing (or stopping doing one thing) that I’ve been feeling guilty over. And then I’ll tell it to take a hike.

Because I know it’ll be nibbling on my shoulder again before I’ve even turned around. 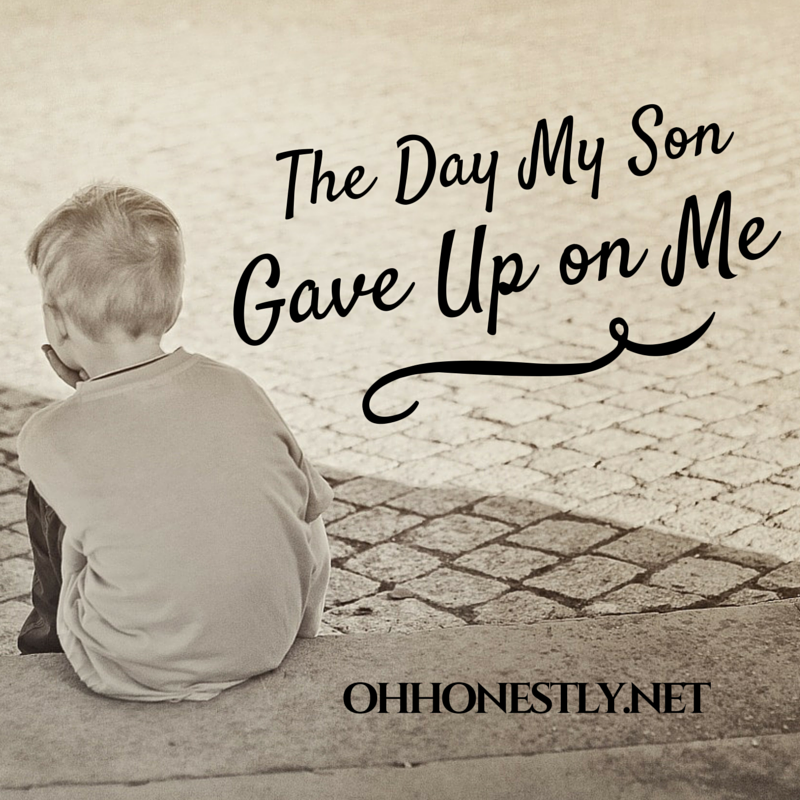