I originally wrote this two years ago when I was blogging for the Bangor Daily News. Some may call me naive or even prudish, but I still stand by every word.

The other night millions of people watched gorgeous women flaunt their mostly naked bodies down a runway on network television during the Victoria’s Secret Fashion Show. My house did not tune in, nor will we do so in the future. 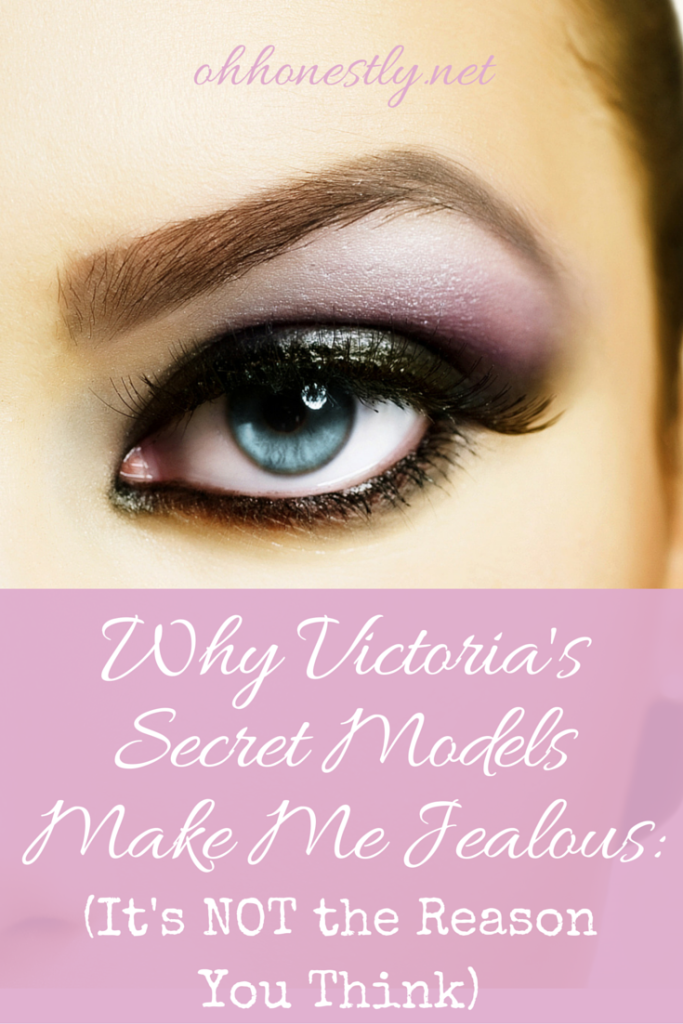 Believe it or not, my reasoning has nothing to do with feminist indignation at the objectification of women, although that’s not a bad argument.

It also has nothing to do with seeing those women and feeling bad about myself as a result. Sure, there are things about my body that I’d like to change, but I understand that if we were to compare women to wealth distribution, the VS models are the 1 percent. (Where are the protests and demands for them to share their wealth??)

No, I am not jealous of the bodies of Victoria’s Secret models. In fact, I’m not jealous of anything. Instead I’m jealous for something, in the sense that I want to closely guard it. The word jealous isn’t used in those terms very often, but it’s the definition I mean.

What am I jealous for? It might sound odd, but I’m jealous for my husband’s eyes. For the images that daily bombard us and try to imprint themselves on our brains.

Now I understand that I am not responsible for what my husband sees or chooses to look at. However, I can certainly help him, as he has the same goal that I do. I know the ‘Look, but don’t touch’ philosophy is alive and well, but I don’t subscribe to it, and thankfully neither does my husband.

I’m grateful that I am married to a man who lives with integrity. Who holds our marriage vows sacred. Who turns away when a scantily clad woman comes into view. Who guards his eyes and mind so that when we are with each other I can rest assured that it is us alone.

So I’m okay with the fact that I’ll never have a model’s body. Why? Because of the simple yet profound fact that my husband loves me and has purposed in his heart and mind to only have eyes for me.

If turning the TV off will help him in that endeavor, it’s an easy decision to make.