Once upon a time, in the early years of motherhood, I felt myself drowning in isolation.

With three kids under four and an introverted personality that wasn’t inclined to go out on friend-seeking missions with children in tow, I turned to the vast playground of the internet to alleviate my loneliness.

It was there that I discovered a community of moms who felt just like me.

And it was there that I discovered the power of sharing our stories and our lives.

My writing took on new meaning when I realized that it could be more than simply an outlet for myself, but also an encouragement to other women.

Suddenly the tale of my son throwing a toy at another kid’s face or my heartbreak at having to stop breastfeeding were not struggles that made me wonder if I was a terrible mother. They were stories that other women related to and because of that, I, in turn, felt less alone. 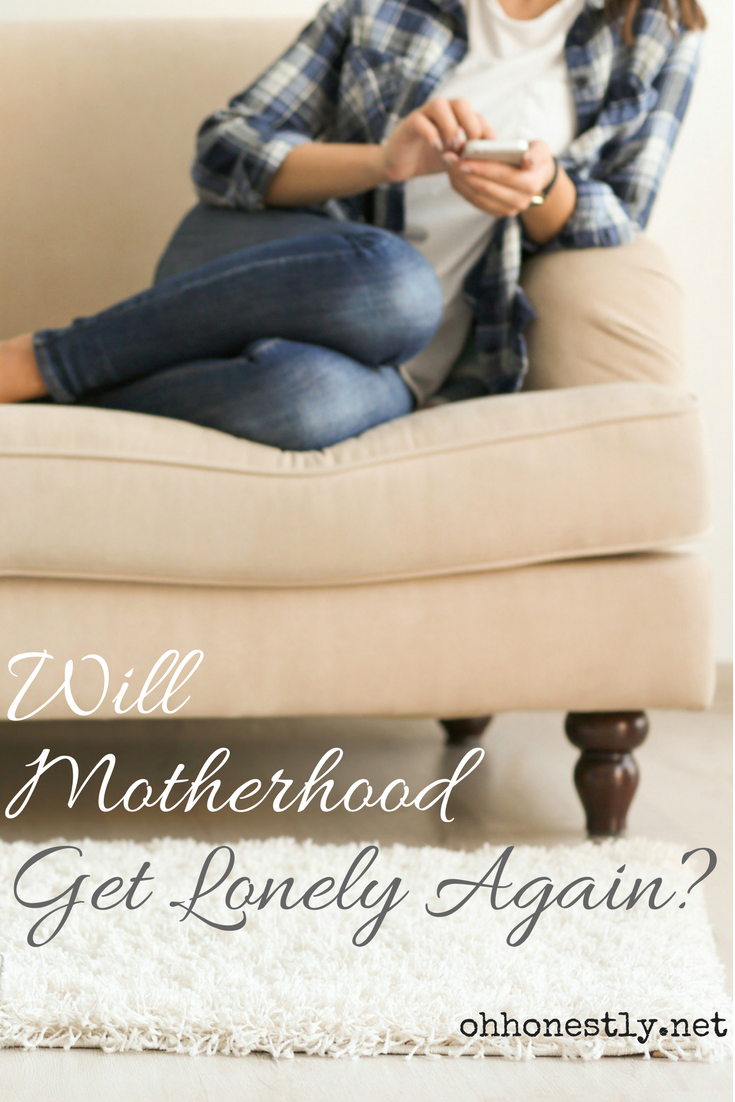 It’s been five years since I began this journey to connect with moms through the online world, but as I get farther down the path, I can’t help but wonder if we’re all heading towards our separate lonely paths again.

Even now, with my oldest newly nine and my youngest days away from her fifth birthday, I find myself more careful with my words, censoring stories I might have told freely just a year ago.

It’s not that there aren’t stories to tell. It’s not that this ‘parenting in the middle’ is less noteworthy than the early years. In fact, I would make the claim that there are even more issues to discuss, more uncertainties from which I would welcome a reassuring, “Me too,” from a fellow mom.

We are now entering that sticky ground of childhood friendships, pre-puberty, and uncharted territory that extends beyond simply making it to bedtime so we can get a much needed breather.

I’m not knocking those early years. Those years bare an intensity that is unlike anything I’ve experienced since. However, those early years also afforded me the opportunity to commiserate with and gain encouragement from other moms.

Now I’m beginning to find that the stories I want to tell, the stories I need to commiserate and encourage other moms with, the stories that I need to share so that other mothers know they are not alone, are no longer mine to tell.

The tale of a public and humiliating toddler tantrum is common ground for parents, one that we share both for support and for laughs.

But the tale of a preteen who loses her cool in public is one that only is shared with the witnesses of the event. To talk about it online, even if a parent desperately needs to know whether it’s normal preteen behavior or if their fears of failure as a parent are warranted, does not happen.

That preteen is no longer a baby whose tantrum is performed one minute and forgotten the next.  She is her own person, capable of her own embarrassment from her actions (or the actions of her parents).

And so I wonder.

I wonder about the first time my son loses a friend or has his heart broken by a girl whose mom is my Facebook friend. Who will I turn to to find out how to comfort him?

I wonder about the first time my daughter makes some monumental mistake and how I’ll navigate my own feelings, while also being mindful of hers, as we sort through the mess.

And I wonder how all my uncertainty and fear and worry that I am The Only Mother will ever be alleviated if I can no longer share our struggles and reach out to the community who so needs to know that they are not alone.

Will motherhood become lonely again? Only time will tell.