Today I’m celebrating my 33rd birthday. My day will probably include a few well-wishing phone calls, wiping some poopy butts, making three different lunches to suit the desires of three different kids, not having to make dinner because I use any excuse I can not to cook, and an evening spent watching DVR’d shows.

I tell you all that to explain why I didn’t entitle this post 33 INTERESTING Things About Me on My 33rd Birthday. I’m not a super exciting person. 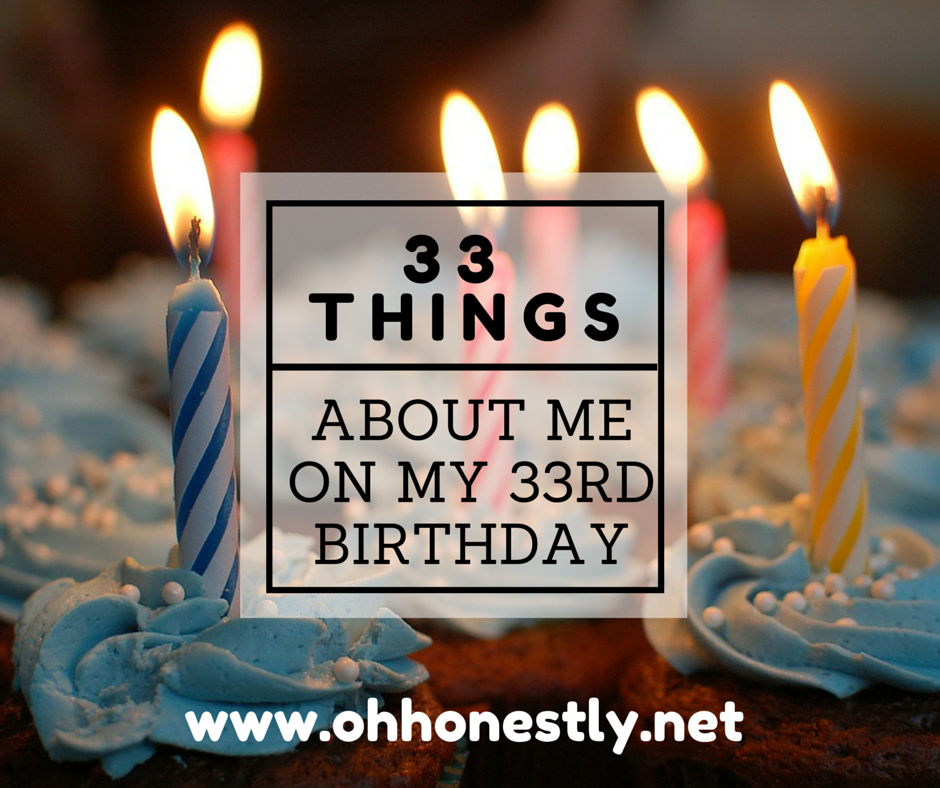 33 Things About Me on My 33rd Birthday

Even so, I dug into my memory bank and tried to think of some of the more enthralling aspects of my life to share. I hope you enjoy.

1. I can jiggle my eyes. Like, make the eyeballs move side to side really really fast, faster than if you try to just look side to side really fast. I’m not exactly sure how to describe it. Actually I haven’t done it in years, so I’m just assuming that I still can. If I’d ever made it on Letterman, it would have been my stupid human trick.

4. Actually no. I’m terrified of birds.

5. While on my honeymoon, I also discovered that I have an irrational fear of jellyfish. Non-stinging ones. That’s a story I need to write sometime.

8. Eric and I never would have met if it hadn’t been for a mule named Alice.

9. Social situations stress me out.

11. My lung collapsed my freshman year of college.

12. I pretty much always have a song stuck in my head. Right now it’s “You can hear the music on the AM radio…” I have no idea why. I haven’t heard that song in years.

13. It was while I was in the hospital for my lung collapse that I decided I wanted a spring wedding because I loved the flowers that filled my room. 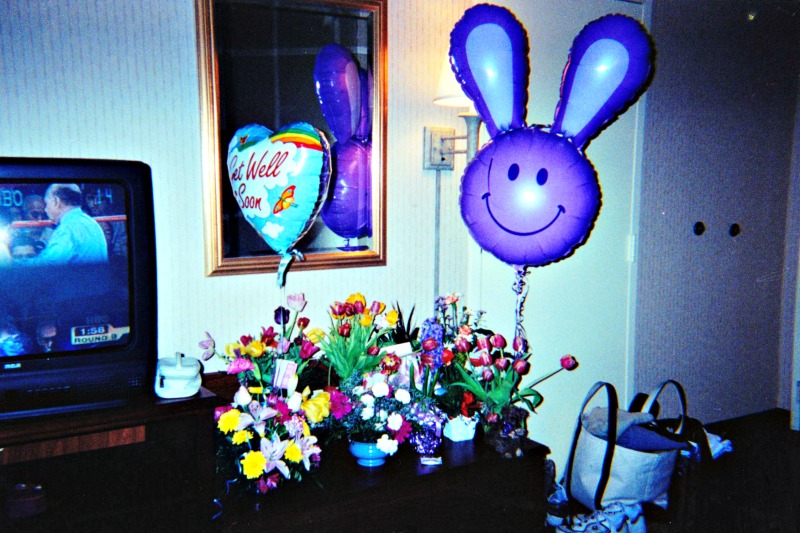 The flowers that made me decide I wanted a spring wedding.

16. I’m very particular about how things are when I go to bed. I can’t have any hair touching my face, ears, or neck. The blankets have to be tucked in at the bottom. They have to reach up over my shoulders, but they can’t touch my face. I can feel the difference in weight if one blanket doesn’t reach as high as another and I have to fix it before I can sleep. The sheet has to be folded over the top of the blankets because I don’t want the blankets to touch my skin. Usually I’ll get it just right and then Eric will climb into bed which messes it up, so I have to start all over again.

18. I have three older sisters.

19. My hubby-to-be and I grew our own tulips for our wedding. 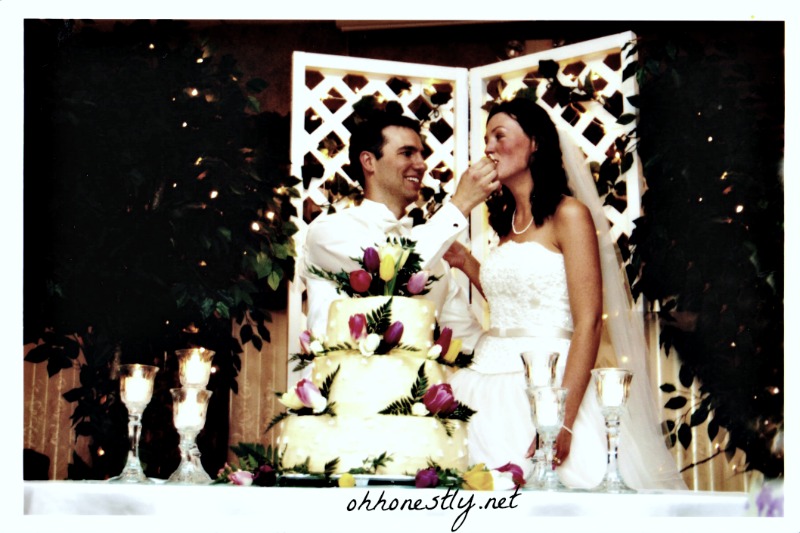 We even put the tulips we grew on our cake!

20. I lived less than a mile from Stephen King for three years.

23. I’m not all that interesting because it’s really hard to think of 33 things.

24. I was a cheerleader. I think I only did it because my three older sisters were also cheerleaders. I have nothing against cheerleaders; it’s just not my personality.

I dug through the old picture albums, but this is the best I could come up with. My mom has all the good pictures.

25. I’ve been to Spain, England, Scotland, and a couple of Caribbean islands. Oh. And Canada.

26. When I went to college, everyone thought I was Canadian because of my accent. I say ‘aboot’ instead of ‘about’.

27. When I was little, we visited some friends in Canada and they asked if I wanted an orange pop. I was really excited, thinking I was going to get a popsicle. Imagine my disappointment when they brought me soda. I hated soda when I was a kid.

28. One of the very first things I noticed (and liked) about Eric was that he said, ‘Eh’ (pronounced like the letter A) like Canadians do. For example, “It’s pretty cold out today, eh?”

29. I’m beginning to think I should move to Canada.

30. I hate getting my picture taken. My mom made a scrapbook page entirely filled with pictures of me doing this: 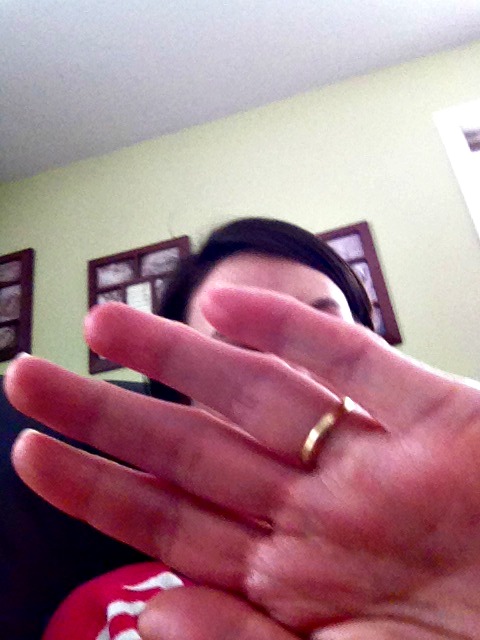 31. When I was really little, I had imaginary friends named Lauren, Laura, and Laurie.

32. I swear I’m not as narcissistic as that makes me sound.

33. I’ve dreamed of being a writer since I was a little girl.

There you have it. 33 things about me on my 33rd birthday. If you feel like sending some birthday love my way, I’d love for you to subscribe to my newsletter and join me over on Facebook!