I received the Laser X Evolution and Wubble Rumblers for review purposes. All opinions are my own. This post also contains affiliate links.

If your kids are like mine, when Christmas rolls around and you ask them what they want, one of two things happens:

They either have no ideas at all or they ask for things they know they won’t get.

Like most kids (heck, even like most adults), a lot of the things my kids would like to get are screen-related. A new gaming system, those virtual reality goggles… but they already spend way too much time on screens as it is, so I’m not super interested in adding to the problem.

If any of you are in the same boat, I thought I’d help you out by giving you five gift ideas that aren’t electronics or screen-related. The first three are things my kids are getting this Christmas. The last two are things they used and loved when they were younger. 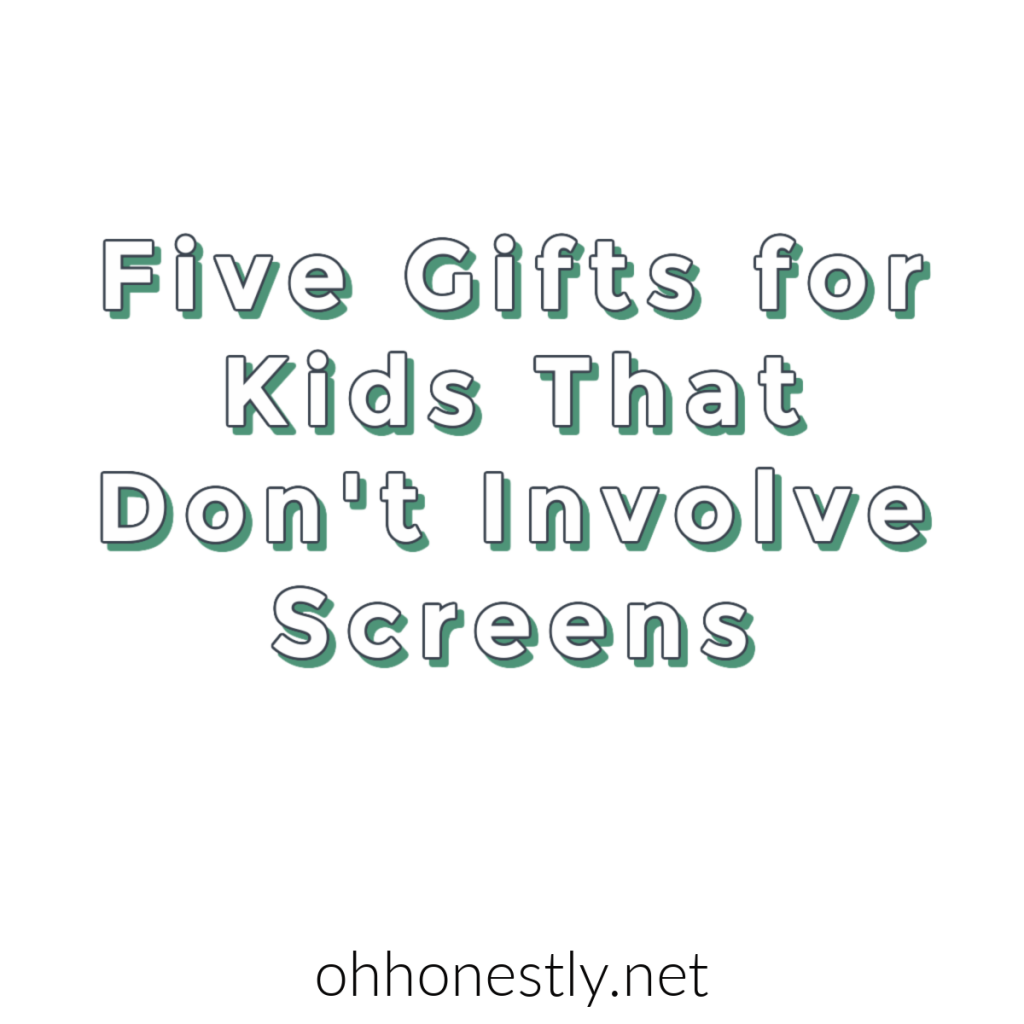 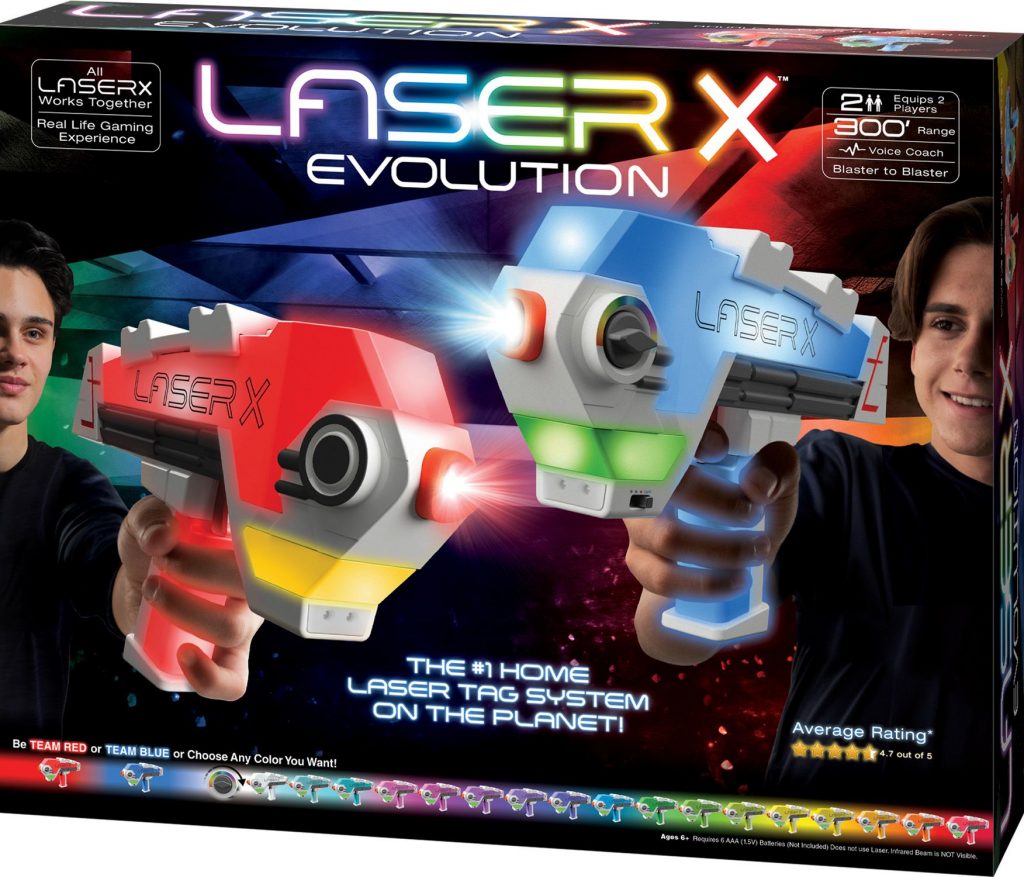 This summer, we spent a weekend with family in northern Maine. On both the nights we were there, instead of spending their time on their phones, playing video games, or watching TV, the kids spent hours running around outside, long after dark, playing laser tag. It reminded me of my childhood.

I don’t know of many activities these days that will keep kids not only occupied, but having a blast all without a screen in sight, but a good game of laser tag is one of them. And if you want to play laser tag at home, you need the best laser tag system on the planet.

Laser X Evolution is compatible with all other Laser X products, so if you already have some of them, you can seamlessly add this one to your collection. It shoots from over 300 feet away, the beam goes through windows, and you can even bounce the beam off walls and mirrors. This thing even has a “coach” that can give you tips and tricks as you play. Laser X Evolution is available exclusively at Walmart. 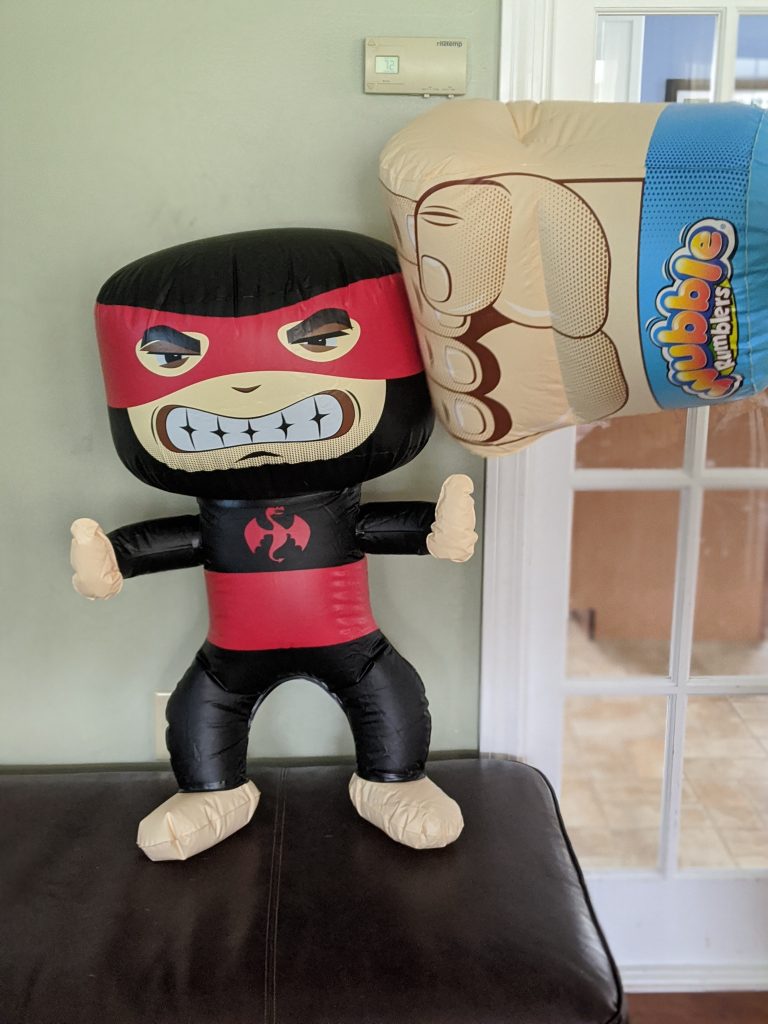 It’s been a year, hasn’t it? I think we can all agree that having the kids home 24/7 has been a mixed bag. With winter here, it’s anyone’s guess what will happen with school being in person or remote, and more than likely (at least where I live) there will be a lot of days when spending more than 15 minutes outside will be rather unpleasant. That’s why I’m counting on these Wubble Rumblers to help the kids get some energy out in a safe, healthy way that doesn’t destroy my house.

I got the Ninja and the Fist and plan to give them to my 10-year-old who just asked for a punching bag the other day. However, I blew them up and tried them out with my 12-year-old to see what we thought. They’re definitely gonna be a hit, especially the fist. In fact, I’ll probably need to get another one (or three) so that two kids can battle it out against each other. You can grab your Wubble Rumblers at Target and while you’re there, grab a Wubble Bubble too because those things are super cool. 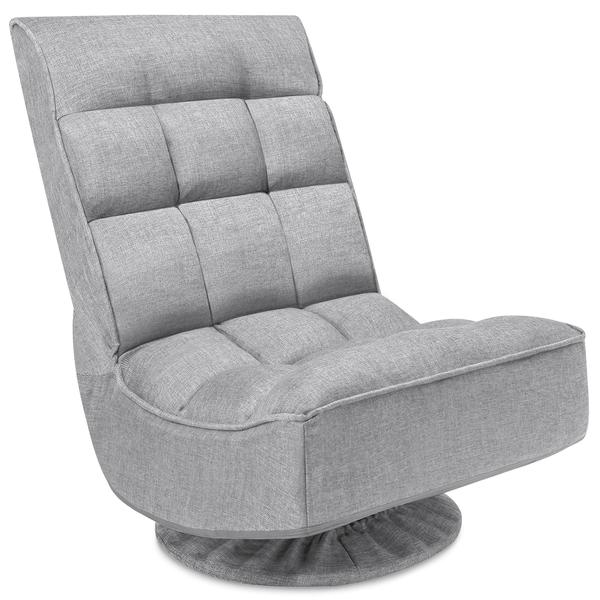 I realize that this could technically fall under the “screen” category, since it’s used while being on a screen. BUT. It doesn’t require the purchase of any new electronics, I have three of them hidden in my basement waiting for Christmas morning, and the kids can sit on them while they do non-screen stuff too.

There are a million options when it comes to gaming chairs, but I chose these ones because they look nice enough that I won’t mind having them in my living room if the kids bring them down from our bonus room. Also, they fold up for easier storage and they look like a more upscale version of the ones I remember from my childhood (as opposed to the ones that are more like desk chairs). Also, as you can see, I opened one up to try it out and it’s surprisingly comfortable. 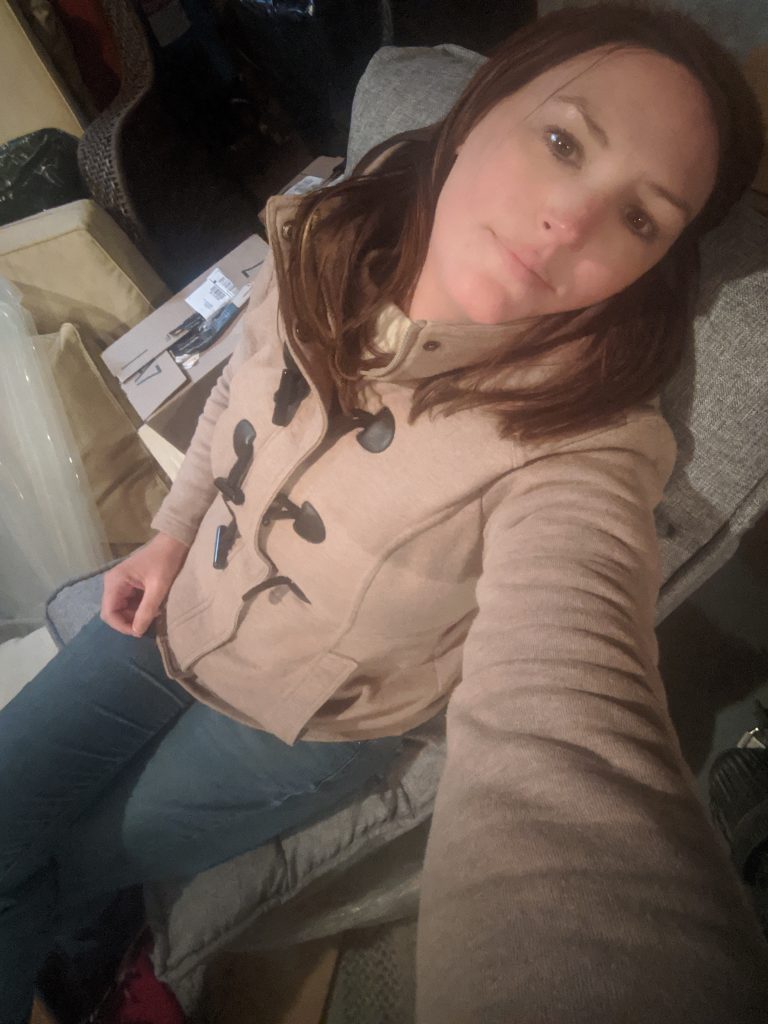 Like the gaming chairs, there are tons of different options and brands when it comes to magnetic tiles, but all of them are fun. The ones my kids had when they were younger were fairly basic, but now there are all sorts of options with different sizes and shapes.

Another nice thing about magnetic tiles is that you can keep adding to your collection. Start out small to see if your kids like them. If they do, you can buy another set and mix and match.

Back when my kids were little, their nana had these awesome little sit-on scooters that they could propel by moving the steering wheel back and forth. She’d open up her garage, they’d draw roads with chalk, and then they’d have a blast riding all over the place and trying to avoid running into each other.

When I started this post, I knew I wanted to include them, but couldn’t for the life of me find them. My searches kept coming up with electric drift carts (which are also pretty cool, especially if your kids are older). However, with a little help from my son, we managed to give Google a good enough description to find these PlasmaCar Scooters. There are probably other brands that are a similar version, but these are the ones I found first, so they’re getting the spotlight.

Well, there you have it. Five gifts your kids will love. What are you getting your kids for Christmas this year?