The boys were at each other. Pestering, whining, non-stop bickering. Despite repeated warnings, the fighting continued, and despite the fact that I was a room away, it was driving me crazy.

Finally in a desperate attempt to stop the bickering without having to banish them to their bedrooms (which wouldn’t have worked anyway since they share a room), I cried, “Enough! If you can’t get along, you’re going to hug each other until you do!” 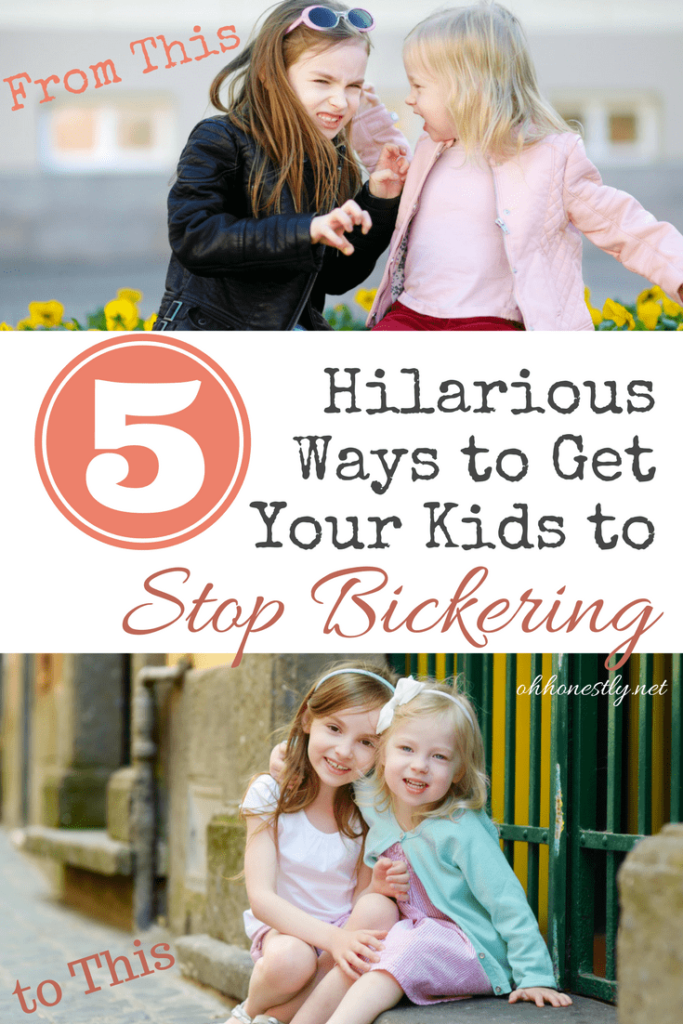 My sudden declaration halted the fighting for a moment, but the whining quickly resumed, and this time, it was aimed at me.

“Oh yes you are!” I was onto something, I could feel it, and I wasn’t going to let a little resistance stand in my way.

I ordered them to face each other and helped them place their arms around one another. Then I waited.

In a matter of seconds the giggles began. The more they laughed, the more they leaned into each other. Soon they were on the floor, wrestling around, still laughing. Of course I knew where that was heading, so I declared an end to their ‘punishment’ and they got back to their former game, this time without the bickering.

The other day I asked my Facebook followers what their kids do that drives them bonkers. At the time, my kids were running circles through the house, screaming and screeching, and making me want to scream, “Shut up!!” (I didn’t).

The running overstimulates my husband, but for me it’s the noise, which got me wondering what triggered other parents. I wasn’t too surprised when the majority said that bickering is the thing that drives them most crazy.

That of course reminded me of the time I made my kids hug it out, so I started to think up some other funny ways to get the kids to stop fighting.

Let’s face it, we can yell and dole out consequences all day long, but usually it’s more effective to surprise the kids with something a little different. So the next time your kids’ bickering is about to send you off the edge, try one of these and see how it works.

Five Hilarious Ways to Get Your Kids to Stop Bickering

1. The Hug It Out Method

We’ll start with this one since I already talked about it. You’ll probably be met with resistance when you tell them what you have in store, but chances are high that it’ll end in laughter. Or possibly a broken nose, so be careful 😉 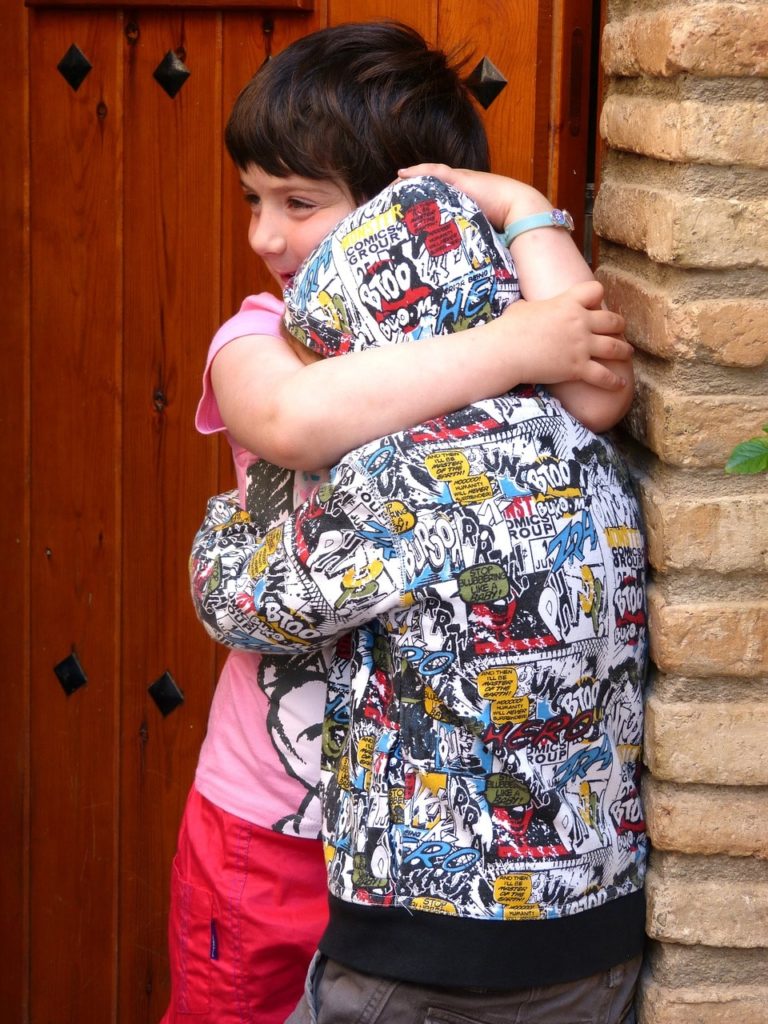 2. The Get Along Shirt

Maybe you’ve seen this one floating around social media. If your kids just can’t seem to get along, force them to by sticking them both in one big shirt. There might be some fighting to begin with, but if they want to get anything accomplished (including being allowed out of the shirt), they’ll quickly learn to work as a team.

Don’t have a big enough shirt? Use the tool that those of us in Maine use for anything from making our own wallets to keeping rusted bumpers on our vehicles.

Tape the kids’ ankles together, three-legged race style, and don’t supply the scissors to release them from their silver prison until they’re getting along.

Sometimes all you need to do to stop the fighting is give them someone else to be annoyed with. And who better to be that person than mom? Tove, from Mama in the Now suggested this idea, and I speak from experience when I tell you that it works like a charm.

Choose a song, the more annoying the better, and start belting it out. Throw in some embarrassing dance moves for good measure. Pretty soon, your kids will do one of three things:

I call that a Win:Win:Win.

If forcing them together doesn’t work and giving them a new focus isn’t helping, try simple distraction.

It’s easy to want to resort to handing them their tablets to get them to stop interacting entirely, but if you don’t really want them having any more screen time, try this idea from Lalymom.

Give one kid the cardboard ‘iPad’ and make the other be in the app. I could explain what I mean, but it’s easier just to send you over to Lalymom since she has all the instructions, plus ten ‘app’ ideas to play. This is a great idea for any screen-obsessed kid, even if you don’t have a fight on your hands.

So there you have it: Five sure-fire ways to get your kids to stop bickering and start getting along. And if none of them work, you can always use the duct tape over their mouths instead. (I’M JOKING.)