Where do you think you’ll be a year from now? What will you be doing? How will things have changed? It can be fun (or scary) to think about what might happen in the upcoming year, so I’ve decided to make some predictions about the two broad categories of Political and Celebrity news.

I considered adding other topics, but all my predictions were just too darn depressing, so I decided to stick to the lighter stuff.

I’m not normally a gambling (wo)man, but if I could put money on the following predictions coming true, I think I’d be a rich lady when it came time to ring in 2016. 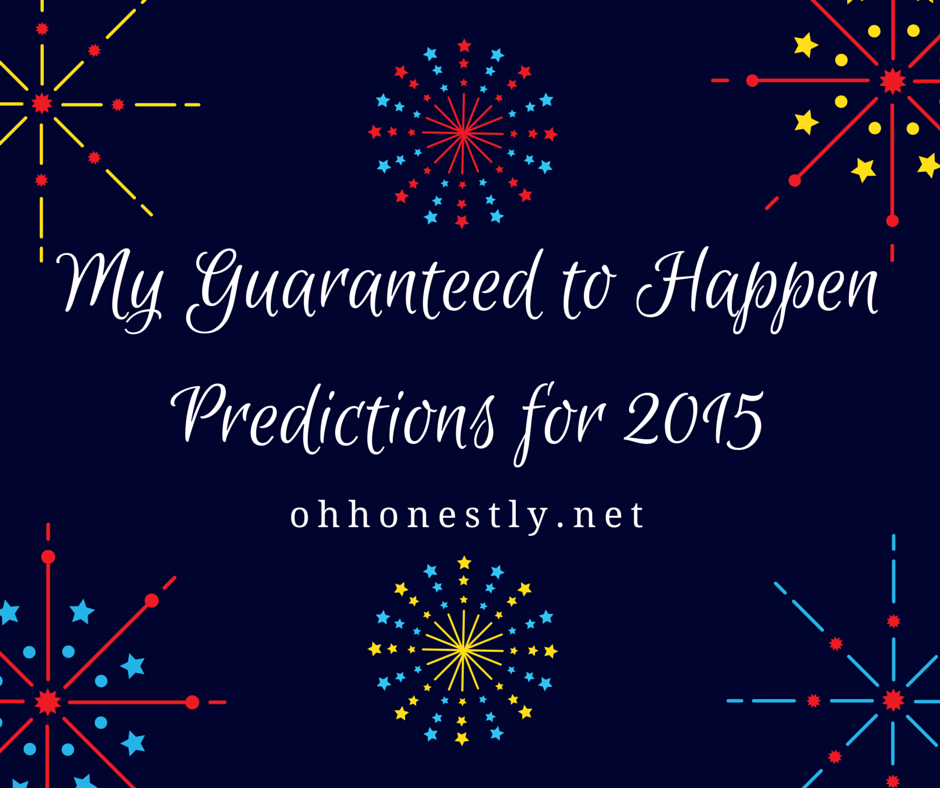 My Guaranteed to Happen Predictions for 2015

Republicans and Democrats will fight a lot. Nothing will get accomplished.

A celebrity couple will get married. The world will be shocked and awed by how much they spent on the wedding.

A celebrity couple will have a baby and name it something completely ludicrous. The world will collectively gasp in horror, yet oddly, the name will suddenly appear on the 100 Most Popular Baby Names of 2015 list.

A celebrity couple will divorce (or consciously uncouple). Their heartache will be splashed across the news and social media.

What predictions would you make?