I, on the other hand, watch in absolute awe at the amazing dishes the chefs create out of foods I’ve never even heard of. My repertoire consists of four or five staples, including pasta, chicken, tomato sauce, and if I’m feeling extra crazy, cheese. 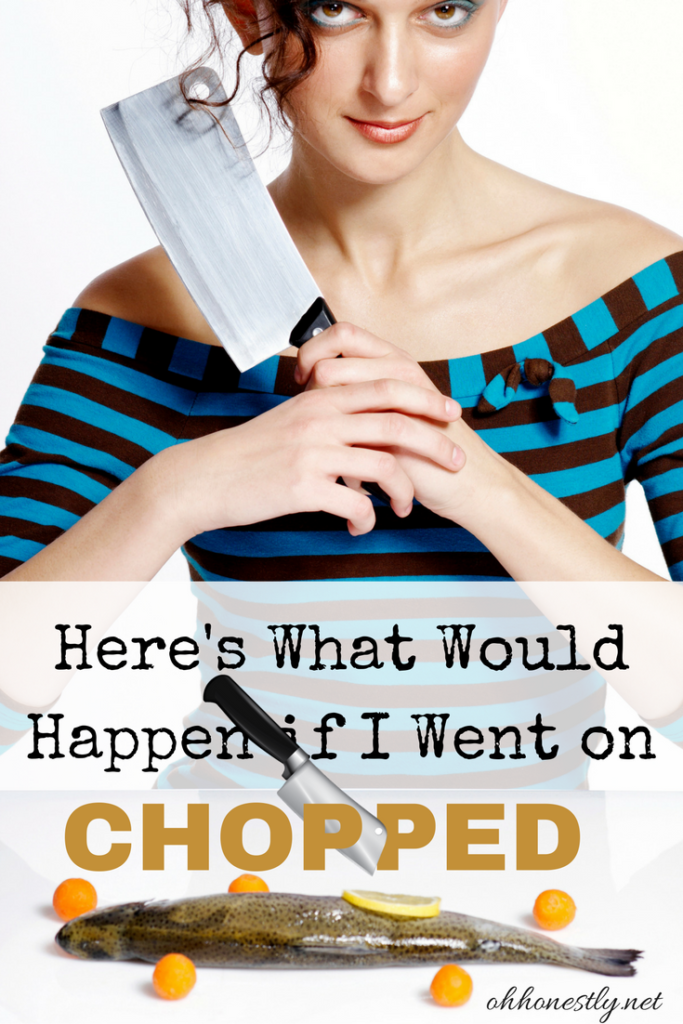 Here’s What Would Happen if I Went on Chopped

Somehow though, even after experiencing my cooking for seven years, my son has convinced himself that I would do well on the show. The first time he mentioned this, I laughed in his face, but after repeated suggestions that I try out, I’m beginning to wonder if maybe I should.

I can already imagine exactly how it would go:

Ted Allen, host (TA): Our contestants today include Chef Angie, sous chef of the popular Manhattan eatery, Flaharty’s; Chef Wilson, owner and chef for 25 years at Neato Scarlito; Chef Michael, competitive circuit chef and five-time winner of the prestigious Best Chef Ever award; and finally, Chef Lauren, who cooks sub-par meals for her family five nights a week and let’s them have a break from her cooking on the weekends by giving them grilled cheese and pancakes.

TA: Chefs, welcome to the appetizer round. Open your baskets please. Your ingredients include: Capers, cocoa beans, hollandaise sauce, and venison. You’ll have 20 minutes to create an appetizer. And BEGIN!

Lauren: Hmm, I don’t make appetizers unless they include crackers, cheese, and pepperoni, but let’s get this party started.

TA: Chef Lauren, what have you made?

Lauren: My appetizer is venison with capers, cocoa beans, and hollandaise sauce.

Judge 1: It appears that you just threw everything into a skillet and mixed it together.

Lauren: That is correct. How is it?

Judge 2: It’s not bad actually. The presentation is awful, but the flavor is surprising.

Judge 1: The bitter notes of the cocoa bean create a great synergy with the hollandaise.

Lauren: …I don’t know what any of those words mean.

TA: Chef Wilson, you have been chopped.

TA: This is the entree round. Chefs, please open your baskets. You will find pickling cucumbers, ginger, puffer fish, and kale.

Chef Angie: I better test this out before I plate it. (Tastes puffer fish, falls down dead).

TA: Yikes! She must not have removed the toxic parts correctly. I guess we don’t need to chop anyone this round. On to the dessert round! 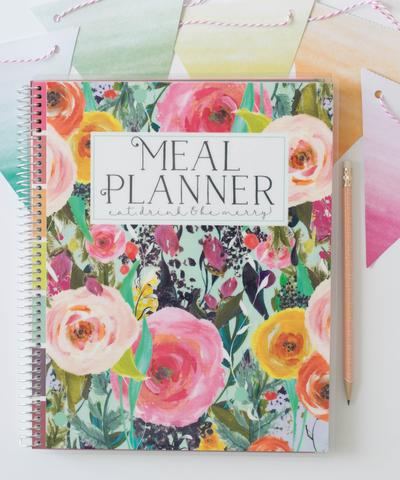 If you‘re like me and don’t have the chops (get it?) to create gourmet meals out of whatever you find in a basket, meal planning is a life saver! I use the planner above and absolutely love it. Best part: Weekly tear-off grocery lists. Check it out here.

TA: The dessert round is the final round. Chef Michael and Chef Lauren, one of you will be crowned the Chopped Champion at the end of this round. Open your baskets. Your ingredients include: Cool whip, onion powder, agave syrup, and spinach tortilla shells. 30 minutes are on the clock. Start now!

Lauren: How the heck can I put onion powder in a dessert??

Michael: This is so easy.

TA: Chef Lauren, what did you create?

Lauren: I call this one Disgusting Taco.

Judge 1: Chef Lauren, can we cut the crap and just call you Lauren? You’re clearly not a chef.

Lauren: Yeah, I think that’d be better for all of us.

Judge 3: Lauren, why do you want to win this competition?

Lauren: Well, my son loves this show and wanted me to be on it, so here I am. I’d really like to make him proud.

Judge 1: Do you cook for your son?

Judge 1: And he still wanted you to come on this show after tasting your food?

Lauren: I was surprised too.

TA: Lauren, you have been chopped.

Judge 1: Honestly, I’ve never felt so bad about chopping such a ridiculously awful chef. You clearly have no culinary skills whatsoever, but it’s sweet that your son believes in you. Plus, with the $10,000 prize, you could hire someone to cook for you.

TA: What a great idea! Chef Michael, you have been chopped.

Lauren: Wow! What an honor! Michael, we like to eat at 5:30. The kids like pizza, chicken nuggets, and noodles and sauce. Don’t try to get fancy; it won’t end well.

So Ted Allen and Chopped producers, call me! I bet we could create one heck of an episode together.