It was just a set of steps. Three or four granite slabs set into the side of a grassy hill. The steps didn’t lead anywhere. In fact, you could skip them entirely simply by walking up the hill beside them only to be met with more hill beyond. 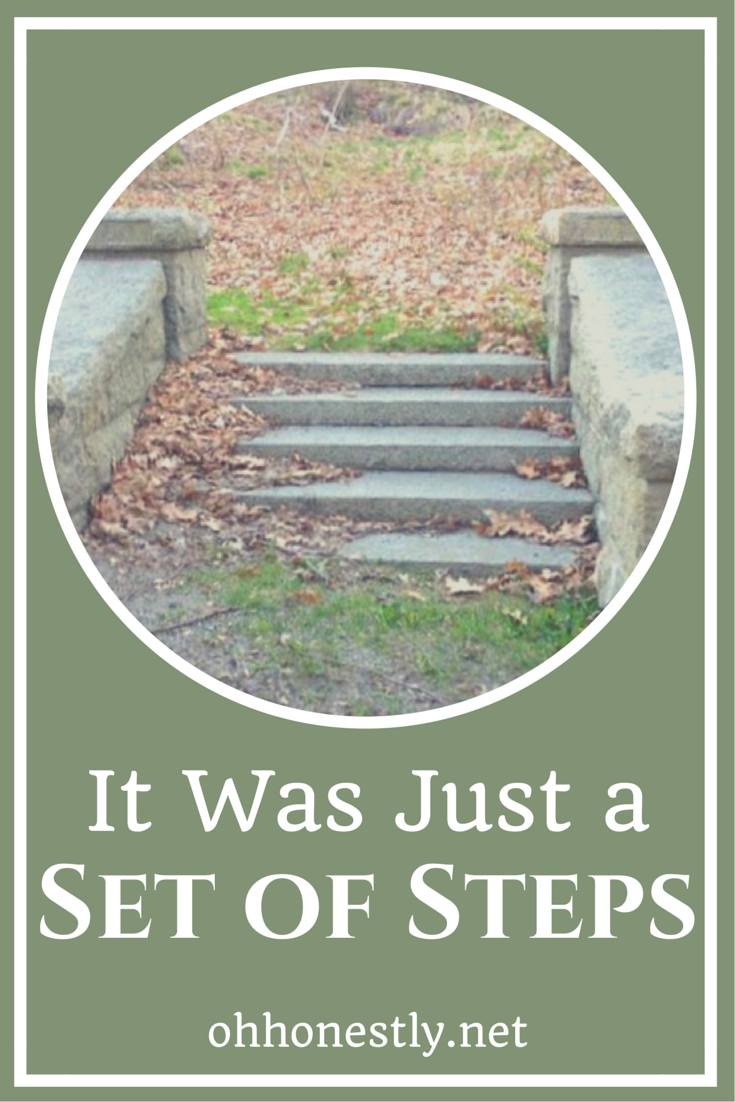 They sat close to the edge of the main road into town so we passed them frequently, and somehow, though I don’t remember why, they became our steps. We imagined why they were there and who built them. Perhaps they weren’t built at all and just magically appeared one day. Or maybe, equally magical, they grew up like the grass all around, always a part of the landscape, long before a road was forged alongside.

We talked about climbing them, these steps to nowhere, but we were always on our way somewhere. School, the store, back home again. As time went on we noticed them with less frequency and talked about them even less than that.

And then one day on our way into town, she stopped. Pulled right over on the side of the road in front of those steps. I wondered what she was doing, if something was wrong, but she stepped out of the car with a, “Come on out,” so I quickly followed.

“Pretty soon you’ll be too old to want to climb these steps with me. Even the idea will embarrass you. But not yet. You’re not too old yet.”

For several minutes we took turns climbing those steps. I raced up, surveyed the view from the top, which was really no different than from the bottom, and hop, skipped, and jumped back down. She walked up, looked down at me with a smile, and returned to our starting place. We climbed them together, hand in hand. Then we got back in the car and continued on our way, the steps fading into the distance as the miles stretched between us.

The steps still remain on that grassy hill and I pass them occasionally. Each time I do I think back with fondness to the day we turned our talk into action. And I think with fondness of the woman who was wise enough to take five minutes to do a seemingly frivolous thing that her little girl has never forgotten.

Don’t wait until they’re too big to do that thing you always talk about.

[Tweet “Don’t wait until they’re too big to do that thing you always talk about. @Oh_Honestly_LC”]