Samuel starts PreK in the fall. His future school was hosting an Open House on Friday morning.

The Morning Some Puzzles Nearly Killed Me

The spring before Eli started school, I brought him to the Open House too, so I knew that while it wouldn’t give Samuel a completely clear picture of what school would be like, he could at least see the classroom, the teacher, and some of his potential classmates.

My other motivation, which I admit was strong, was that everyone who attends receives a tuition discount.

We had to be there at 8:30 and since 99% of my babysitters live at least an hour away, I decided to bring Annelise along as well. This decision made me a bit anxious. She’s wonderful, but she’s one. I was worried about her running around the classroom, pulling toys off shelves, screaming when I tried to get her to sit still, and just being a general distraction.

I shouldn’t have worried. She was fantastic.

Samuel was the one I should have worried about.

I’ll try to bullet-list the highlights to keep it brief:

What pearls of wisdom can I pull from this experience? Well, even just a few days later, I can see the humor in it far more than I could that day. But honestly, by that evening I was emotionally exhausted. Here’s why:

But the part of me who reacted was not Rational Me.

The me who reacted was Embarrassed Me.
Who just knew that everyone there was judging her.
What a terrible mom she was with absolutely no control of her child.
How she must never discipline for him to be freaking out like he was.
How he was just the type of kid they didn’t want their child to be around because he would be a bad influence.

You know how Embarrassed Me knew all this? Because that’s exactly what I would have been thinking.

And the me who reacted was Angry Me.
Angry at her son for choosing this moment in a crowd of people to behave this way.
Angry at herself because even though she knew that an angry reaction never helps calm a situation, she just couldn’t help herself.

And the me who reacted was Defeated Me.
Who was sure, once again, that she was a total parenting screw up.
Who clearly didn’t know how to control her child or teach him the proper way to behave.
Who obviously wasn’t consistent enough, or strict enough, or both.
Who really just wanted to curl up in a little ball and hand over the reins of responsibility to someone who was more suited for the job.

But here I still stand. I am not a perfect mother and I don’t have perfect children.

Maybe Friday’s events were a little gift from above.
To remind me to stay humble.
To be slow to judge.
To extend grace.

So now I try to remember THIS when one of my kids misbehaves in public:

We all have bad days. Some are just a little more public than others. 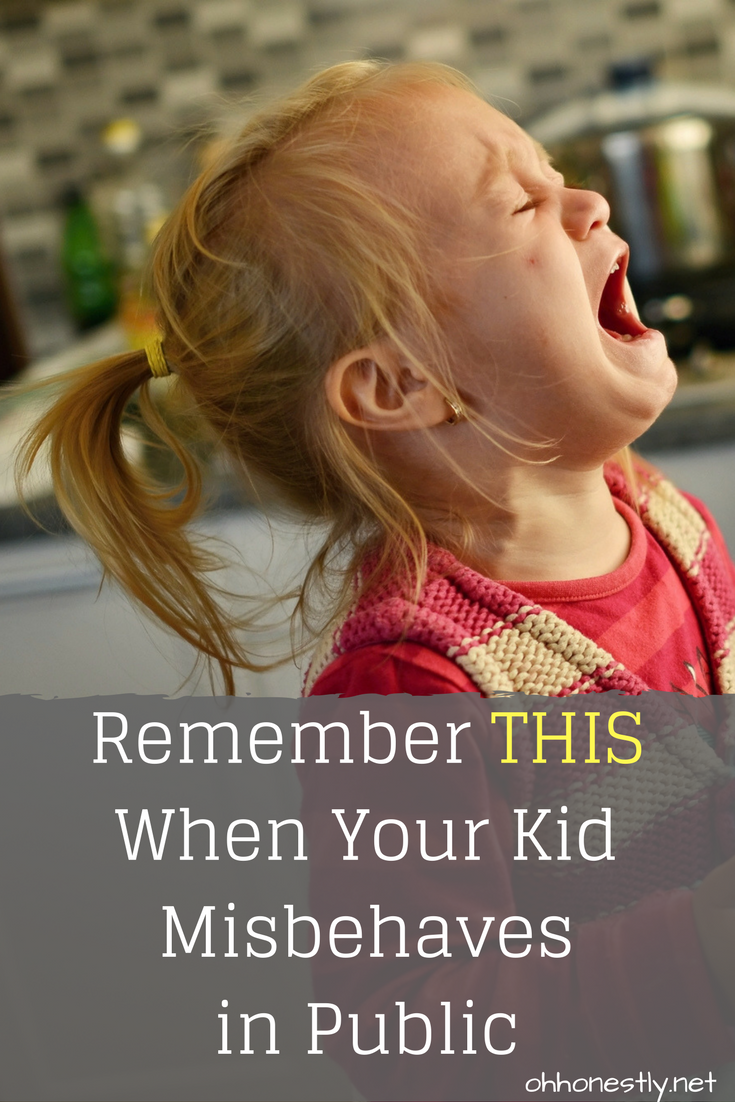