Before I get into our #ONENEWFOOD of the week, I have to tell you this: The other night Annelise, my pickiest eater, willingly tried broccoli, rice, and chicken. That was HUGE for her. I absolutely attribute it to #ONENEWFOOD. Insisting that the kids try new things on a regular, consistant basis is paying off. Please join us! It’s not hard and it is worth it!

Look, I’m not going to go as far as to say that our #ONENEWFOOD this week was nutritious, but it was definitely a healthier alternative to what I normally buy.

Also, (full disclosure!)  the first #ONENEWFOOD we tried this week was a bust and since I’m doing my first ever vlog, I wanted the reactions to be good instead of “Blech!”

After reviewing Super Baby Food I knew I had to try making fruit leather, so Samuel and Annelise helped me with all the steps. Once it was cooked though, Samuel was turned off by it’s tartness, Eli put on a brave face for the camera but wasn’t totally sold, and Annelise wouldn’t even try it (in her defense, it did look kind of like skin… Halloween party food idea!!). I, on the other hand, thought it was delicious. It tastes just like the fruit leather you buy at the store! 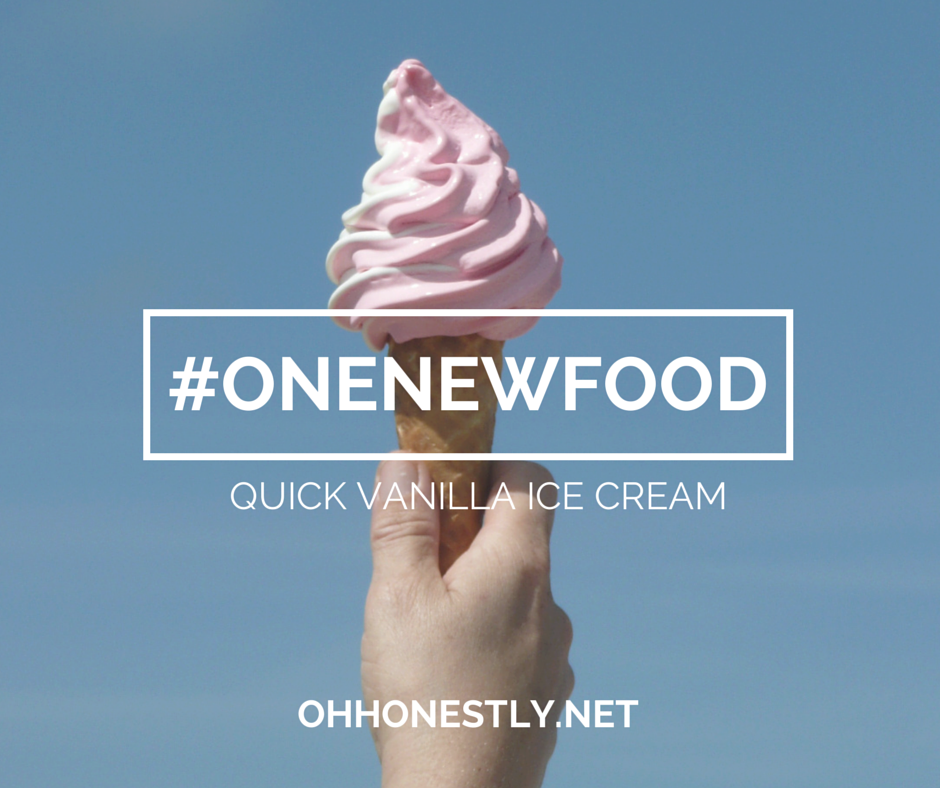 Okay, obviously this picture isn’t of vanilla ice cream. I forgot to take pictures since I did the video, so I got this stock photo instead. I should also mention that our Quick Vanilla Ice Cream looked nothing like this since it was made from crushed up ice.

So anyway, we moved to Plan B, which was another recipe from Super Baby Food called Quick Vanilla Ice Cream. There’s only a couple of tablespoons of cream or milk in it and the rest of the ingredients are basically void of nutrition, so although I wouldn’t say it’s good for you, I wouldn’t say it’s bad for you either. It’s definitely several steps up from the fat and sugar laced stuff you buy in the freezer section!

What did the kids think? Find out in my very first vlog. Kristen from Mommy in Sports did one last week of her daughter trying #ONENEWFOOD, so I figured I should jump on the bandwagon. Just remember that Kristen works in front of a camera for a living and I pick Cheerios up off the floor for a living, so please don’t laugh at me too hard. You can, however, laugh at Annelise because Oh. My. Word. She is one big ham. And also completely adorable. I know she’s my daughter, but it’s true.

By the way, did I mention that I’m giving away a copy of Super Baby Food? It’s got a bunch of great recipes and all sorts of other helpful tips and it’s not just for babies. Go enter to win!

Believe it or not, there are a bunch of ice cream and ice cream alternatives out there that are both healthy and ridiculously delicious looking. Here are a couple to get you started:

#ONENEWFOOD Feature of the Week

This week I’m featuring Traci whose little guy was actually annoyed when she didn’t have a kale salad prepared for him. Wow, I’m impressed!

Please join us by sharing your pictures on social media and using the hashtag #ONENEWFOOD!

[Tweet “Take back dinnertime with #ONENEWFOOD! @Oh_Honestly_LC and @mommyinsports”] 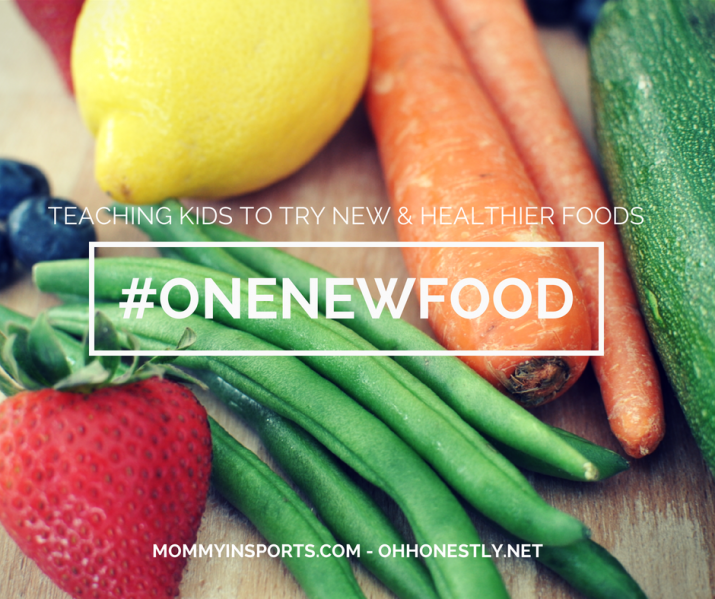