My kids love pasta with meat sauce. It’s one of the few meals I make that I know they will eat, even if they’ve had a snack five minutes before dinner (which I never, ever allow because that would be foolish…. insert guilty cough).

So when Hodgson Mill sent me an awesome care package after learning about #ONENEWFOOD just so we could try out some of their stuff (thank you Hodgson Mill!!), I decided to use their Ultragrain with Quinoa Penne as our #ONENEWFOOD of the week. 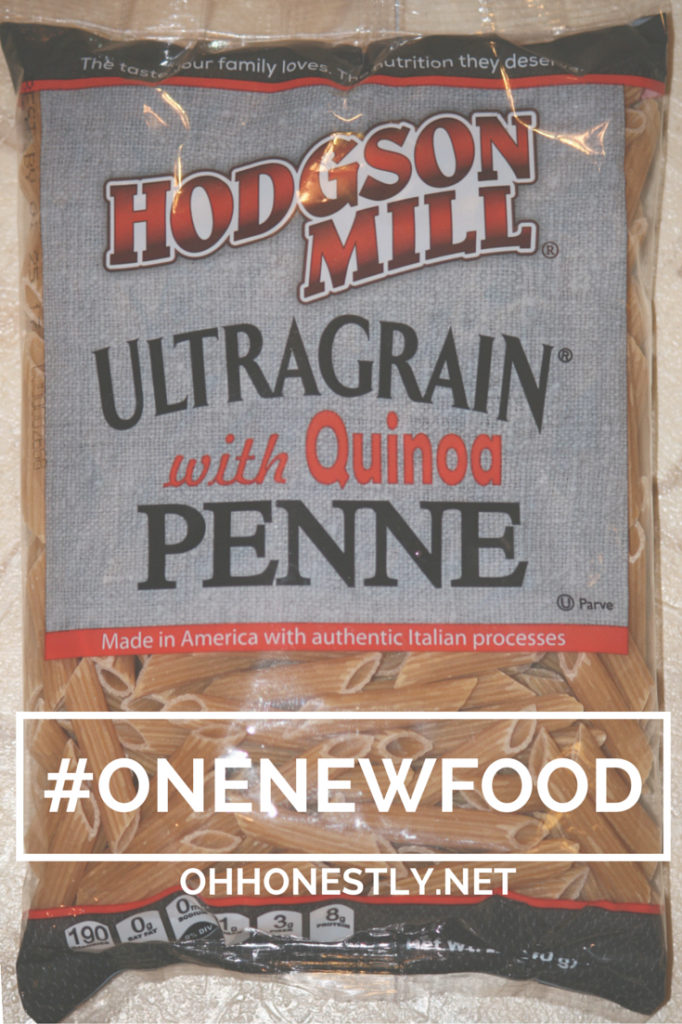 I’d heard about quinoa, but knew nothing about it. After a bit of research, I learned from an article in Forbes that it:

Want to try out some quinoa recipes? Check out this roundup from Family Gone Healthy. It has something for everyone.

I decided to try the video again, and since the kids had a better idea of what I was doing, they were ready, especially Samuel. I think he wins the “Ham of the Week” award.

(By the way, it was brought to my attention last week that Eli was less than convincing when he said he enjoyed his #ONENEWFOOD. He acts the same way in this one, but I assure you that he really does like it; he just feels awkward in front of the camera, much like me!)

If your kids are reluctant to try out a new food, tell them you’ll film them so they can watch it afterwards. Even if their reaction to the food is negative, they might be more willing to try something new just so they can see themselves on the screen.

Check out Kristen’s vlog to get other helpful tips on how to get your kids to try their #ONENEWFOOD.

Amanda sent me pictures of her boys trying out a trio of steamed veggies. Her oldest is her pickier eater, but he willingly tried a bite each of broccoli, cauliflower, and carrot, and said he liked the broccoli the best of the three. 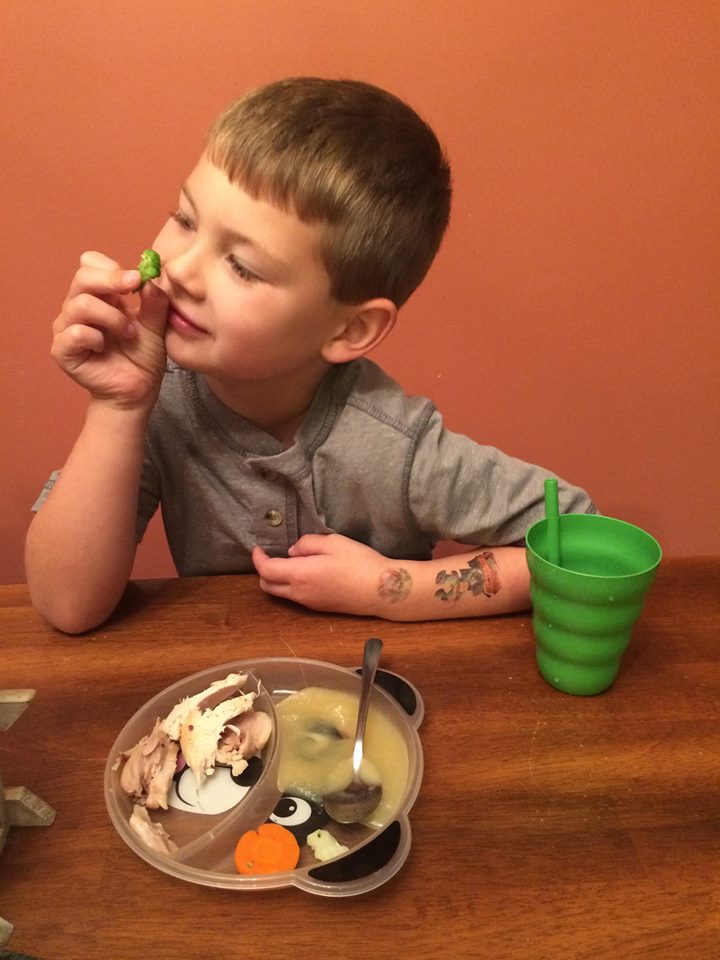 Amanda says, “I’d say night one was a success. #Onenewfood does work, and I think if I approach it in a no questions asked way they will do it.”

I’m so glad you and your boys joined us Amanda! I can’t wait to hear what you choose for your next food!

Will YOU join us?

This week my family made an easy change. We ate Ultragrain with Quinoa Penne instead of plain pasta. My kids barely noticed a difference (I’m pretty sure they wouldn’t have noticed at all if I hadn’t insisted on filming them!) and they were loading up on protein and whole grains instead of the empty carbs they usually get with pasta.

Little changes, over time, add up to big changes. Join us for #ONENEWFOOD and see for yourself!

[Tweet “Many little changes add up to big changes. Join @Mommyinsports and @Oh_Honestly_LC for #ONENEWFOOD!”]

Comment below telling me what one new food you’ll try this week, then post pictures on social media with the hashtag #ONENEWFOOD (make sure the privacy setting is ‘Public’!). You could be featured on the blog!