It’s me! Or you or… well, this might be more confusing than I first thought. I’m the me you’ve become. The future you (me?).

You probably recognize parts of me. We haven’t changed much. Then again, in other ways, I’m almost unrecognizable. 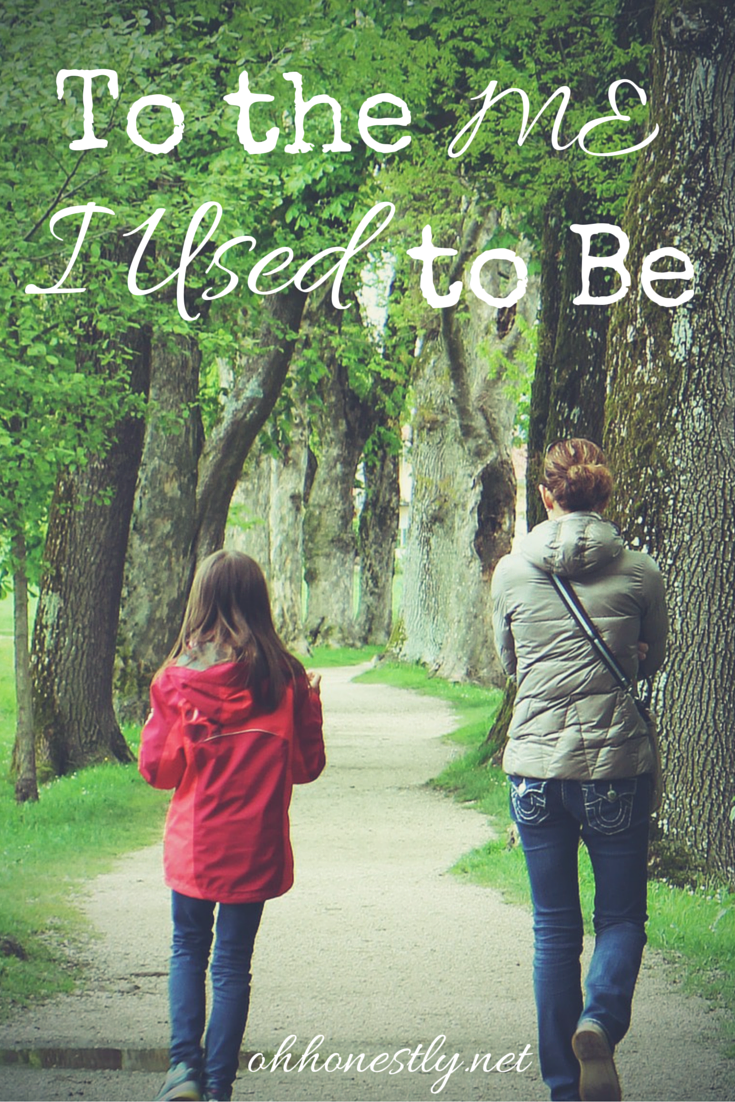 To the Me I Used to Be

You know those romantic movies you like to watch where there’s all this hard stuff at first, but after many trials, the couple overcomes those obstacles and finally ends up together? Usually there’s a really amazing speech by the guy and then they live happily ever after? I know you know what I’m talking about. Those movies always make you feel all mushy and think, “Yes! That is what I want! I want a love like that!”

Well, I hate to break it to you, but it’s not going to happen.

First of all, men don’t give mushy, romantic speeches. Maybe some do, but they’re a rare breed (and to be honest, the ones who do probably aren’t the kind of guy you’re attracted to anyway).

Second, and most important, that hard stuff that the couple has to overcome to end up together: That’s actually the easy stuff. The hard stuff comes after the happily ever after and it’s a lot more mundane than what the movie hard stuff was.

It’s not the fact that the woman wants to pursue a dream job in France and the guy is unwilling to move with her; it’s that two people who seemed so compatible when they were dating suddenly realize that the other person’s quirks are actually more annoying than they are endearing.

It’s not that an old flame resurfaces and the relationship is in jeopardy; it’s that two selfish people must learn that true happiness can be found by putting the other person’s needs and desires before their own.

It’s not that the two were former enemies who, despite non-stop fighting, have an undeniable attraction to each other; it’s that despite the daily drudgery of being together and doing the same things day after day, week after week, month after month, year after year, you still find ways to connect and build a far deeper love than any surface-level attraction.

You wanted to share your life with someone and you found him. You wanted the security that comes with real, intimate love and you have it. It may not be an exciting fairy tale, but it’s real and it’s stable, and you’ve always valued those things more anyway.

And motherhood? Wow. That has changed you more than anything else you’ve experienced so far.

You had a pretty clear picture of the mom you’d be, and at first you stayed close to your vision. You were laid back, but involved. You breastfed and did Mommy and Me classes. You used every moment as a teachable moment. But Baby #2 arrived and then Baby #3, and all those carefully laid plans sort of disintegrated.

You’re less patient than you thought you’d be. You yell far more than you expected to. You escape into the online world more than you should.

But just so you’re not totally freaking out about how much of a screw up you’ve become, let me assure you that not all of these changes have been bad. Having three kids has made you even more laid back. It’s made you evaluate what’s truly important and to let the little things go. It’s changed you from judgmental (well, for the most part) to empathetic.

Even so, motherhood is far more difficult than you expected it to be. Far more. Yes, I can hear you. I know you didn’t think it would be easy. I know you understood that it would change your life. But don’t fight me on this one because you really have no idea until you experience it. I’m not being condescending. I’m being truthful. Nothing will prepare you for motherhood.

And nothing will prepare you for this love. You’ve heard people say that it’s a love like nothing you’ve ever experienced. If I remember right, you rolled your eyes a time or two at that statement. You looked at your nieces and nephews and thought, “I understand a parent’s love.”

No. You don’t. Not even a little bit.

This love is unbelievable. It’s incredible. It’s the best thing that will ever happen to you. It’s like opening your eyes to discover this entirely new world that you didn’t even know existed and now it’s yours to live in!

And this love is what makes it all worth it. All the guilt and the failure and the realization of how much you’ve changed and how far off the mark you’ve landed. This love forgives a multitude of wrongs.

I know you spend a fair amount of time worrying that maybe these dreams of yours won’t happen. That the right guy won’t come along, that love won’t find you, that your heart’s deepest desires will remain unfulfilled. I wish you could hear me telling you to rest easy. 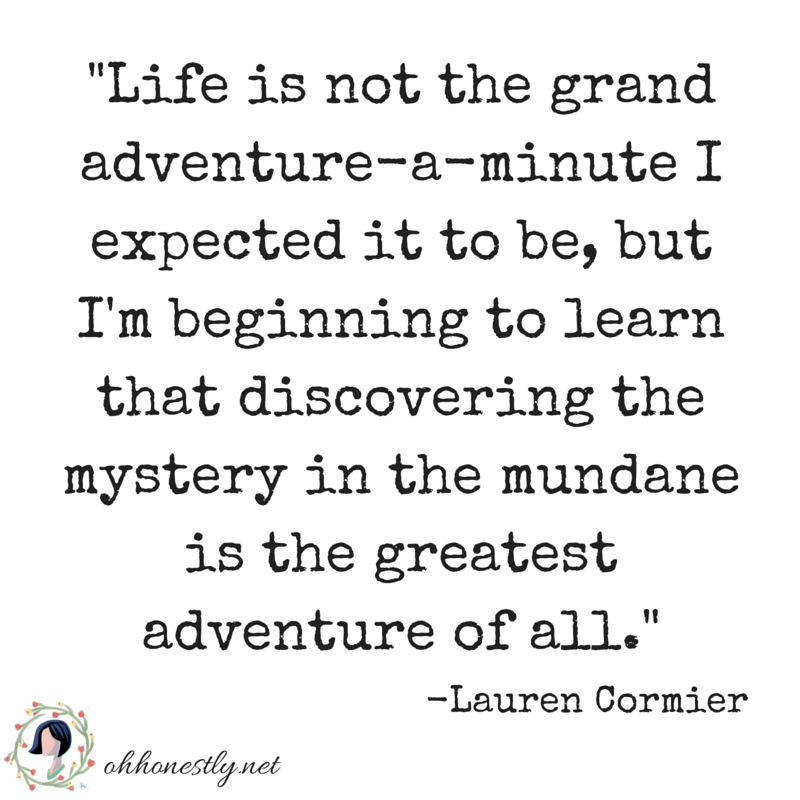 So hold on tight, Past Me. You’re in for the ride of your life.

The Me I Am Right Now