I’ve already braced myself for the shunning I’m going to receive for this one; I’m mentally prepared for the mass exodus as people ‘unlike’ my Facebook page and ‘unfollow’ me on Twitter.

Maybe I’m being overly dramatic, but I’ve found that people harbor very strongly held opinions when it comes to this subject and tempers can flare when we come across someone who doesn’t think the way we do.

What am I talking about?

Let me share my reasoning before you hate me. (And stick around to the end because I need you for something AWESOME!) 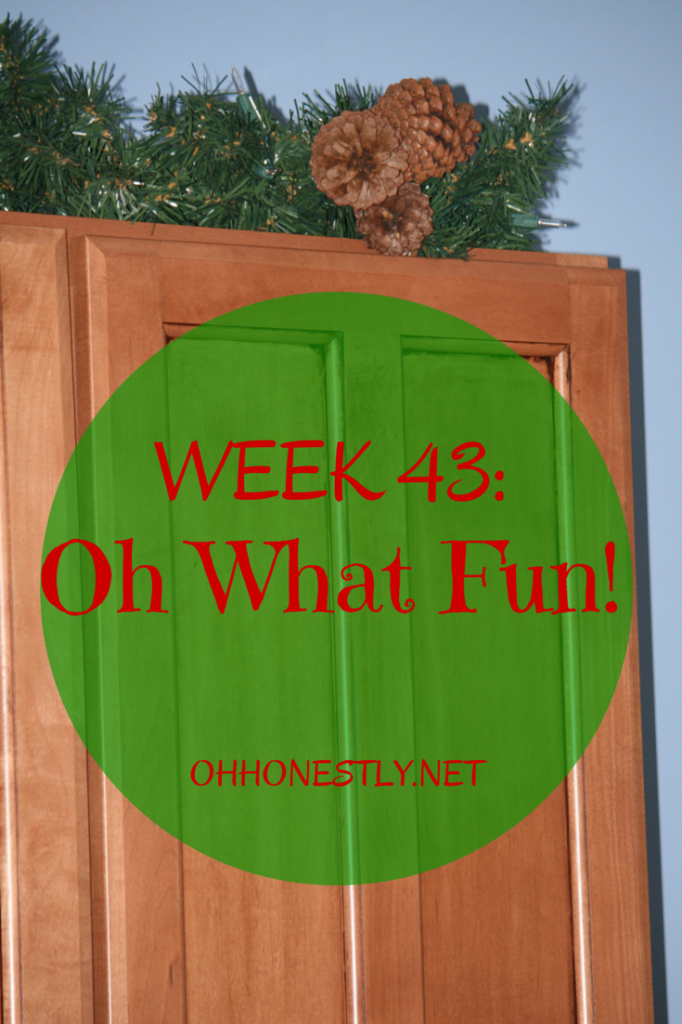 Look, I totally get why you wouldn’t want to decorate until Thanksgiving is over. To be honest, a couple of years ago, I felt the same way. But not anymore.

Last year, I was chosen to host a Veggie Tales Very Merry Christmas House Party. House Party is a website where you can apply to host various parties. If you get chosen, they send you a bunch of free stuff and you have a party to share the stuff. A few years ago I got a Keurig Vue by doing a House Party. All I had to do was have people over for coffee and they sent me a $200 coffee machine to do it. But that has nothing to do with Christmas, so I digress.

The Veggie Tales party had to take place on November 16th. Because it was a Christmas movie and I had a ton of little kids coming over, I thought it would be fun to have the house decorated ahead of time, so I put up our decorations and made Christmas-themed snacks and it was a blast. 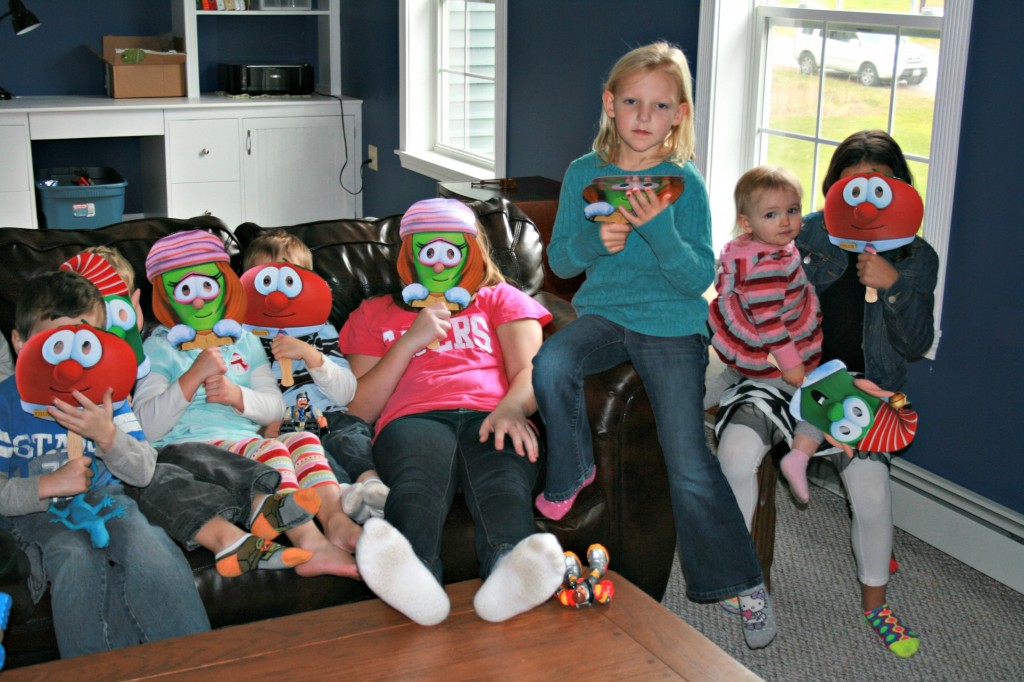 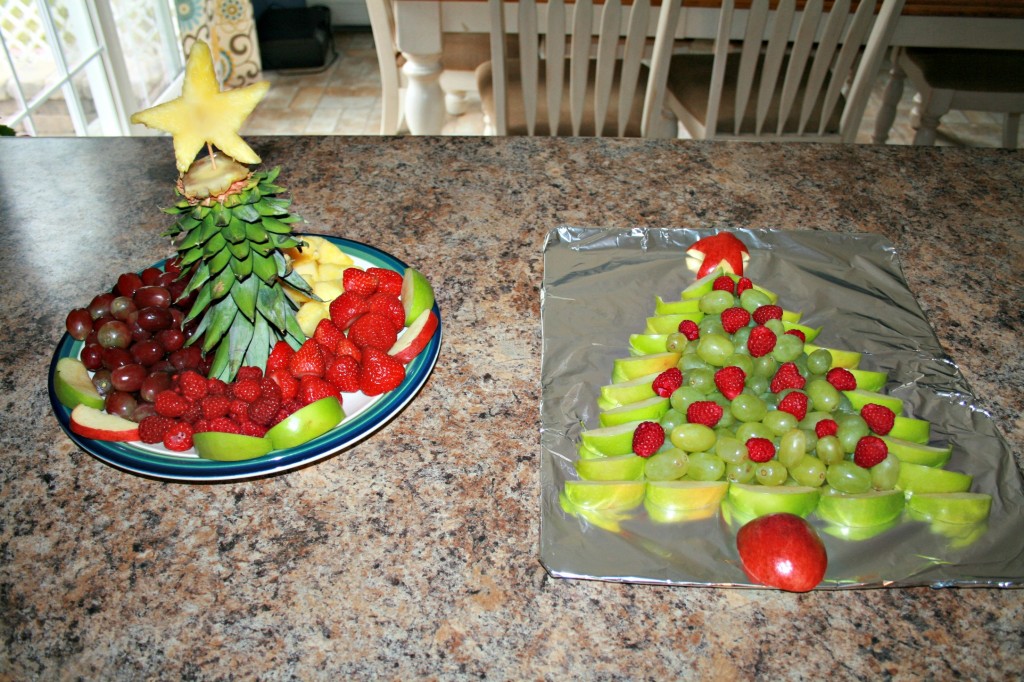 After it was over, it didn’t make sense to take down the decorations only to put them back up a few weeks later, so they stayed up. And guess what? It was really nice.

For me, the season leading up to Christmas is better than Christmas itself. I love the warmth, the lights, the coziness. It’s so festive and full of wonder. So only having that available for the few weeks before Christmas when everyone is on screech trying to squeeze in shopping and parties and programs and all the stuff that happens in December doesn’t leave a lot of time to just enjoy it.

Add to that the fact that we always do our Christmas the weekend before December 25th because we’re always away on Christmas and the time is even shorter.

One added benefit to decorating early: When the new year rolls around, I am more than ready to get rid of all that stuff and start fresh. I don’t feel melancholy like I typically would if I waited until December to decorate.

So think what you may, but I’m pulling out the Christmas decor and by Thanksgiving, it’ll all be in place. I’m okay with you waiting until December so you can be okay with me getting a head start.

Get Out Your Cameras! It’s Time for a Contest!

Okay, now the fun part I mentioned earlier. The other day my mom posted this picture on Facebook with the caption, “Please tell me why!” 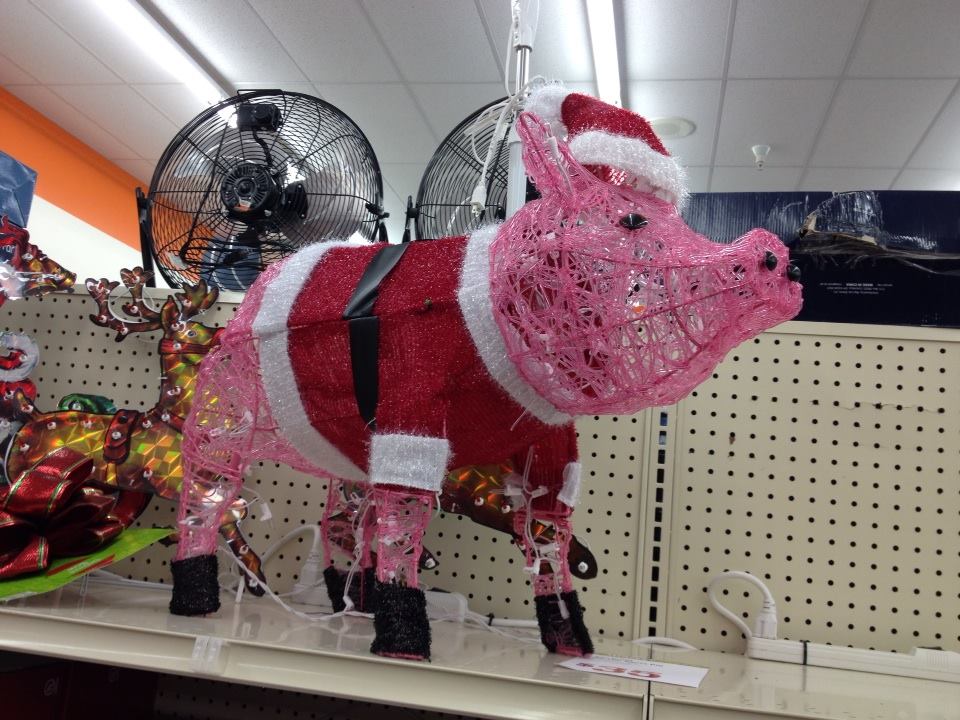 Eli’s reaction when he first saw this picture: “SA-WEET!!”

Of course a lot of funny comments followed, but then my cousin, Michelle, came up with an awesome idea and told me to use it on the blog.

You know all those ugly sweater contests? Well, this is like that except with decorations instead of sweaters (and you don’t have to actually buy them, so this is even better!).

Oh, and just to cover my butt, this contest is in no way sponsored, endorsed, or even known about by Facebook, except that they know everything and are probably watching us right now.