First time joining me for the Keeping It Real Challenge? Click here to learn what it’s all about.

I did it. I survived Eli’s first year of school. I survived him being gone five days a week from 7:30 in the morning until 3:00 in the afternoon. I wasn’t sure I would survive it when I dropped him off that first day. Or when I got home after dropping him off and cried all that morning. The house was just so quiet with him gone.

But just as I knew it would, the year passed quickly (too quickly) and on Monday he had his graduation ceremony. They played a slideshow at the beginning that I didn’t watch too closely since I forgot to bring tissues. The kids all looked so little, but they’re growing up so fast. I know I’ll blink an eye and he’ll be graduating from high school, which I’m pretty sure will break my heart in a million pieces and make me incredibly proud at the same time. 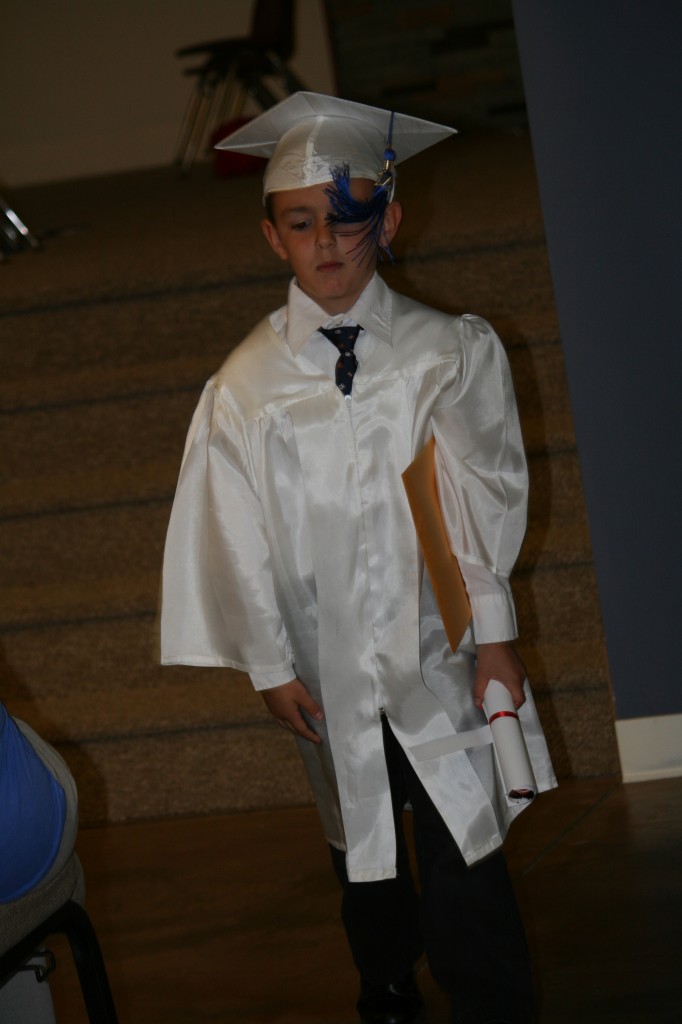 Anyway, I don’t want to get all sappy and teary-eyed. This update has a different purpose.

About a month ago, Eric suggested that we shut off the TV when Eli got out of school for the summer. I was shocked. He has never once suggested this. I’ve suggested it in years past, but he’s never been on board. So of course I enthusiastically agreed.

Then I started to think about the implications. The times that I mentioned taking a break from the television were the times before we had kids and when the kids were really little. For me, it would not be a big deal to stop watching at all. (Giving up the computer would be like a death sentence, but the TV… meh). However we now have three little rugrats who love waking up slowly in the morning with a cup of juice in their hand and a show on the screen. And in late afternoon when I’m trying to get dinner started, they enjoy having a snack and watching a show.

Giving up the TV will mean a lot less down time. For them and me. I know that probably sounds selfish, but most moms will admit that they need some time when they’re not responsible for entertaining or breaking up fights or chasing kids from room to room. It’s not that I don’t keep an eye on them when they’re watching TV, but they are still and all in one place and quiet.

So anyway, panic began to replace my initial enthusiasm. What would I do with these kids all day?? I can not handle another summer like last year when by August I was ready to rip out every hair on my head.

At the same time, I worry what will happen if we don’t turn it off. I don’t want our summer wasted away in front of a square box. I don’t want to get to the first day of school and wonder what happened with our time. I don’t want to live in dual states of guilt and regret. This is my chance to spend quality time with Eli, as well as Samuel and Annelise, and I know these times will grow fewer and farther between as they all get older.

So we’re going to do it. Eric has a few movies on the DVR that he wants to watch this week and then it’s going off. Completely off. Subscription cancelled because I know if we don’t do it that way, we’ll just turn right back to it at the first sign of boredom.

And I’ve been preparing. I’ve made up a very tentative schedule for our days. I know summer is usually a more laid back time of year, but structure for kids is important and I know mine will do much better if they know what to expect. I’ll do better too.

We put the kids to bed early on Sunday night and played cribbage by the fire. Perfect ending to Father’s Day. 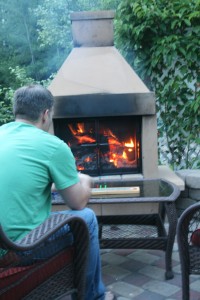 Samuel was watering the flowers and got me with the hose. It was an accident…. the first time. 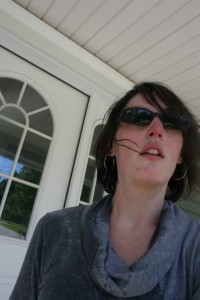 My giant pile of laundry to fold. This wasn’t even all of it. 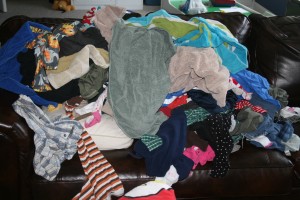